Other top surveillance videos include a creative way to steal an $8,000 guitar, a brazen smash and grab at a motorbike store and more. 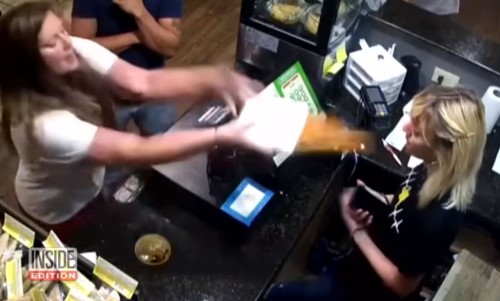 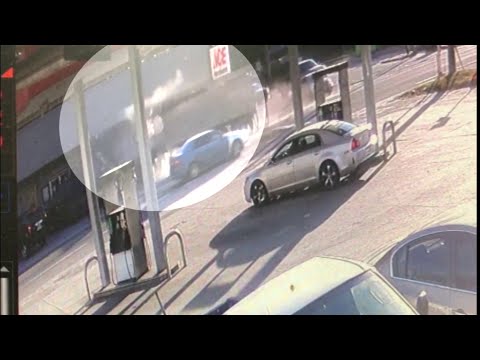 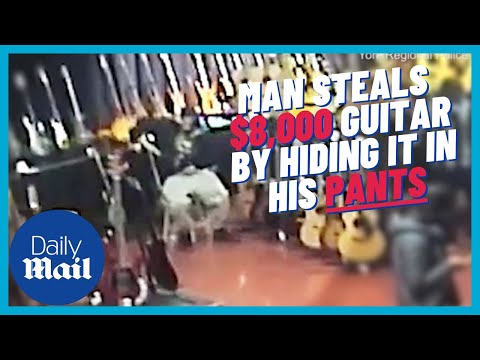 A woman’s anger boiled over in a Texas restaurant when she wasn’t happy with an item she had ordered.

Surveillance video shows the angry customer approach the restaurant’s manager with a bowl of soup she had ordered for takeout. She then throws the soup in the manager’s face.

The woman called the restaurant and was upset because she said the soup was so hot it melted the container’s lid. She ended up driving down to the restaurant to complain in person.

The manager offered to give her a refund or a different item but the woman instead throws the soup, which fortunately had cooled, at the manager’s face.

A motorbike store in Australia was recently the victim of a brazen smash and grab. Surveillance video shows three suspects kick in a front window.

They then run straight towards two green motorbikes and steal them. However, once outside, they end up taking only one after they couldn’t get the second bike started.

The owners watched the theft unfold in real-time on their phones and say this is the second time a break-in has happened in the past couple months.

Make sure to check out the rest of this week’s top surveillance videos, which include a failed abduction attempt, a gun battle in the middle of the street and more.