Other top surveillance videos of the week include a harrowing police standoff, a dirt bike-riding gunman and more. 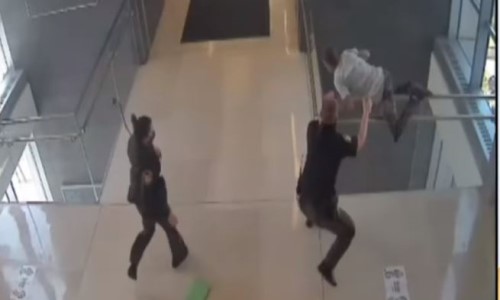 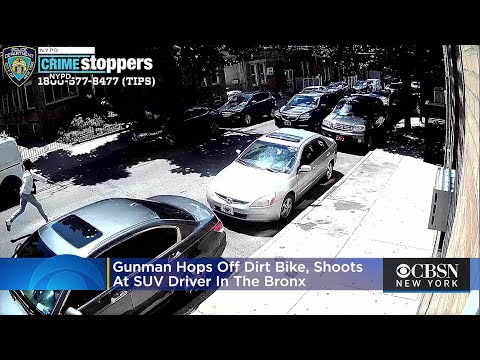 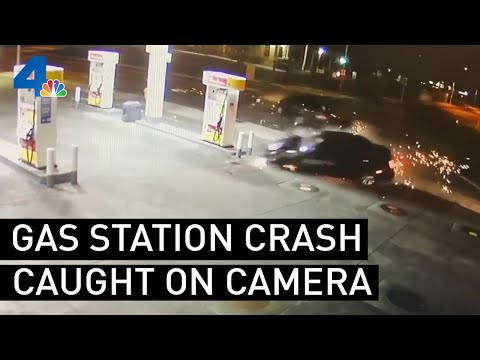 Some people will do anything to stay out of jail, even if they’ve already been caught and are in the middle of being sentenced. Unbelievably, many of these instances have been caught on camera.

There was the time a handcuffed man jumped off a balcony, the time a judge chased down fleeing prisoners and the time a guard dove down a flight of stairs trying to catch a court-fleeing suspect. This week, we have another balcony jumper.

Surveillance video shows a man, who had had just been sentenced to 4-6 years in prison on robbery charges, running from guards before leaping over a sixth-floor balcony.

Little did he know, there was another floor right below him. He would end up being recaptured.

Harrowing footage from New Jersey shows a police standoff in a hotel hallway with a man armed with a knife. The man is surrounded by three officers and refuses to comply with officers. They then pepper spray him but he slashes one of the officers in the face with a knife.

He then flees down the hallway as the other two officers open fire on him. He is eventually apprehended on another floor by the SWAT team but not before attempting to stab himself.

Make sure to check out the rest of this week’s top surveillance videos, which include a genius dog, a brazen car theft at a car wash and more.