Other top surveillance videos include two men saving a neighbor from a vicious dog attack, an exploding SUV and more. 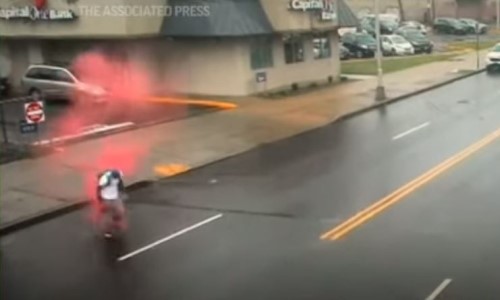 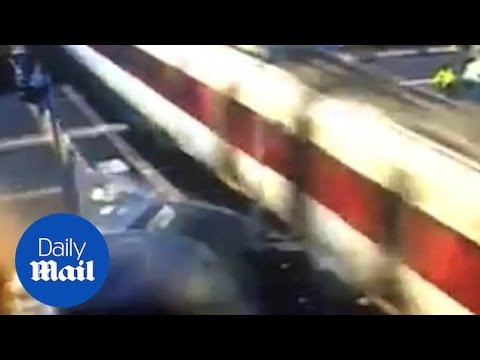 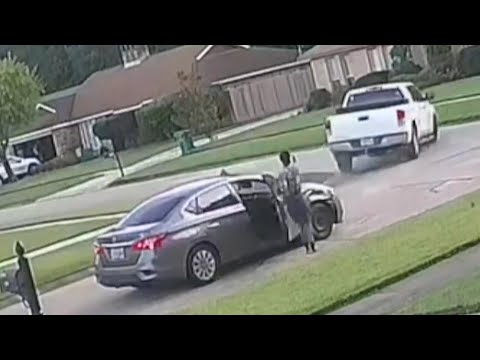 Although “dye pack exploding on bumbling bank thief” is a trope commonly seen in movies and television, I’m not sure if I’ve ever seen an example of it in real life … until now.

Surveillance footage out of New Jersey shows a man briskly walking down a sidewalk when suddenly a cloud of red smoke starts to billow from his backpack. He then darts across the street, reaches into his backpack and throws the smoking dye pack away.

Unfortunately for suspect, a police detective spotted him and eventually placed him under arrest. According to the authorities, the suspect walked into a bank and passed a note to a teller saying he had a gun and wanted money. Officials said the teller gave him money, including a dye pack.

Officials also said $2,300 cash was taken along with the dye pack, which contained another $200.

Home surveillance footage shows a man get viciously attacked by two loose pit bulls. The dogs jump at him and are eventually able to bring him to the ground where they continued to bite him.

A nearby neighbor notices the commotion, grabs a long tree trimmer and comes to the man’s rescue. Another neighbor, a retired lawman, also comes to help and is forced to use his gun on one of the dogs, wounding it.

Make sure to check out the rest of this week’s top surveillance videos, which include a road rage shooting, a restaurant brawl and more.