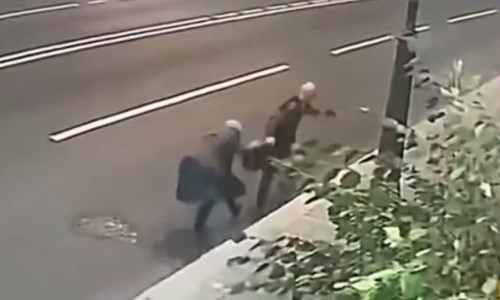 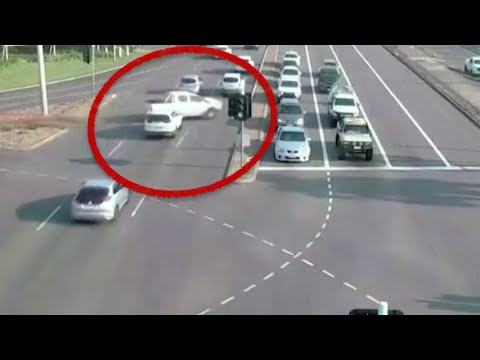 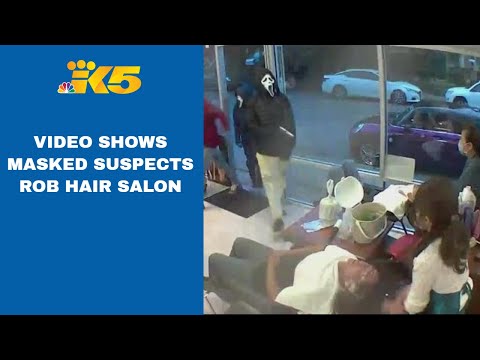 We’ve learned many things over the years compiling surveillance videos each week — dogs are best, don’t mess with bears and arsonists aren’t always the brightest bulbs, just to name a few.

Another lesson I would add is don’t mess with elderly people. If there was a “Justice League of the Elderly,” it would probably include this cowboy, this fearless fighter and this week’s star.

Surveillance video out of Moscow shows a woman believed to be 70-years-old walking down the street when a man suddenly runs over and attempts to grab her handbag.

Unfortunately for him, she refuses to let go. He drags her back and forth before her refusal to quit causes him to stumble and eventually flee empty-handed when a good samartian comes running over.

According to police, the suspect said his friends dared him to pull things out of a pedestrian’s bag and escape. After fleeing, the suspect said he went to buy a bottle of whiskey before returning to the scene of the crime to give to the victim as an apology.

A gas station clerk says she was assaulted after asking a woman to leave the store for being under the influence. Surveillance footage then shows the suspect use her car and run over a witness.

She comes around a second time and nearly hits another person. On the third and final time, she crashes into the gas pump.

Make sure to check out the rest of this week’s top surveillance videos, which include a runaway toddler, a brazen drive-by shooting and more.