Other top surveillance videos of the week include a dramatic armed home invasion, a “flying car” and more. 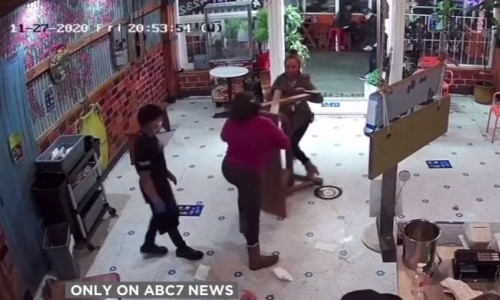 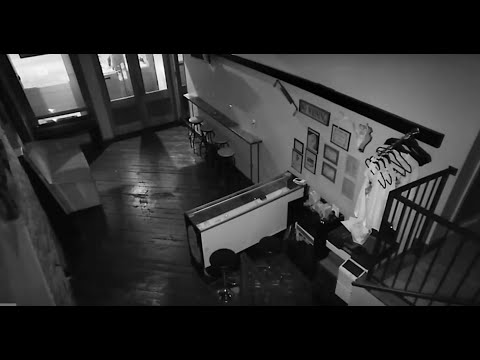 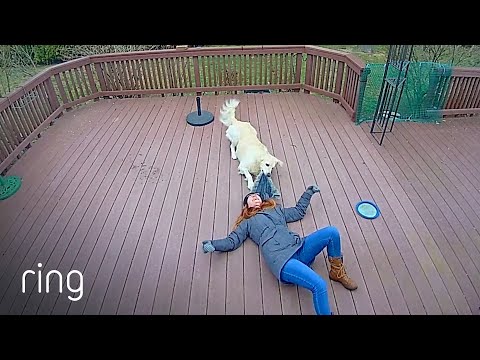 If the Fast and the Furious movies have taught me anything, it’s that nothing is more important than family. I also hear that regularly from my Greek and Italian relatives.

That sentiment is on full display in this week’s top surveillance videos.

Surveillance video from a San Francisco restaurant shows a woman waiting for her takeout order. When she learns that her order will take longer than expected, she becomes irate.

She begins yelling and grabs a large jug of sanitizer and throws it at the business owner’s daughter, who was also holding her young child.

The grandmother then takes the table that was being used as a counter, turns it around and uses it to plow the angry woman out of the restaurant.

Dramatic body cam footage shows the moment police show up to an armed home invasion where suspects were held in the garage.

The footage shows one suspect arrested as he walks out the front door. Footage also shows the hostages being freed and two other suspects being apprehended in the backyard.

Make sure to check out the rest of this week’s top surveillance videos which include an overly playful dog, a tattoo parlor decimated by the explosion in Nashville and more.

Watch the Top 9 Surveillance Videos of the Week