Other top surveillance videos include a thief struggling to make his escape, an out-of-control car destroying vehicles at a dealership and more. 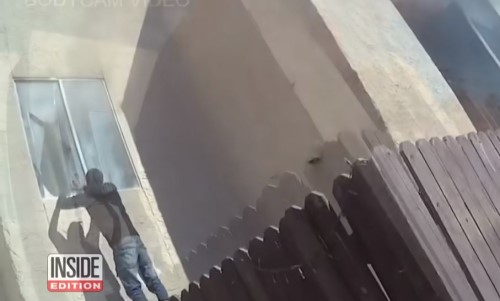 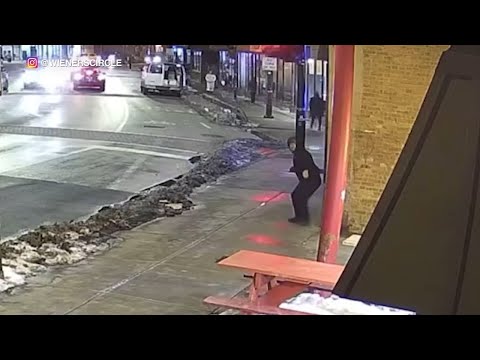 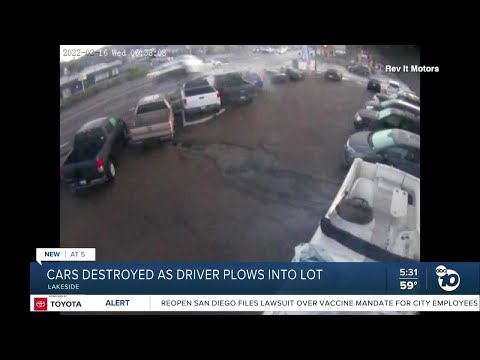 There are few things better than a good samaritan story, especially in times like these.

Last week, we saw a restaurant customer fight off an armed robber. This week, we have a real-life superhero.

Body camera footage from Mesa, Ariz. shows a police officer at the scene of a burning apartment building. He learns that there are children inside on the second floor and begins throwing rocks at a window to break it open, yelling to the children to come to it.

Suddenly, a man comes out of nowhere, scales a fence, rips the shattered window frame off with his bare hands and climbs into the burning apartment.

As dark smoke billows out the window, he emerges with a toddler. He then climbs back in and rescues another child. As if all of that wasn’t selfless enough, he refused to give his name to the officer because he said he did what he did for the children, not for the attention.

Thieves aren’t always the brightest bulbs. Take for instance this suspect that broke into an Oklahoma convenience store. Surveillance video shows him loading a bag full of cigarettes.

He then turns to the store’s drive-thru window to flee but can’t figure out how to open it. His accomplice drives by and he motions to her that he can’t open the window. After continuing to struggle, the accomplice has to get out of the car to help him open it.

Make sure to check out the rest of this week’s top surveillance videos, which include a man stealing a crossbow by shoving it down his pants, a disgruntled restaurant customer and more.