Other top surveillance videos include an HGTV host foiling porch pirates, a home damaged by a chemical plant explosion and more. 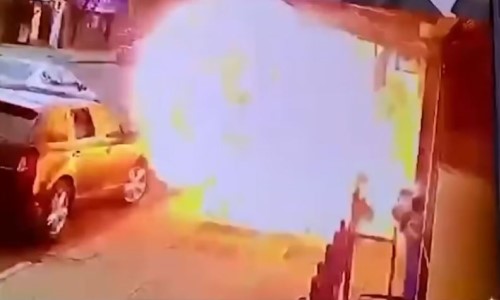 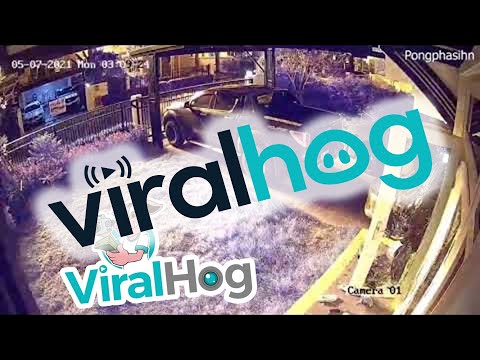 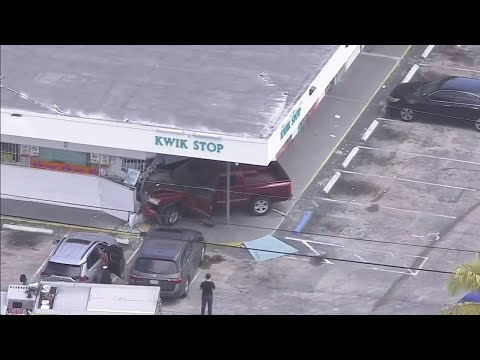 A man in New York City is lucky to be alive after he was engulfed by flames from a sidewalk explosion.

Surveillance video shows the man walking down the sidewalk when he gets to an area of grates. He looks down as a puff of smoke pops up when flames suddenly shoot out of the grates.

For a moment, the man completely disappears in a cloud of smoke and flames as debris lands on the sidewalk. Eventually the man can be seen crawling away before he gets up and looks relatively unscathed aside from the ash and dust on his clothes.

The man suffered second degree burns. It is unclear what caused the explosion.

A woman in Indiana became fed up with the same porch pirate stealing her packages. Unfortunately for him, the woman, Mina Starsiak Hawk, happens to be a host for a show on HGTV, so she had a creative solution.

Hawk began leaving out decoy packages to discourage the thief from stealing real ones. She even turned to the Internet for suggestions on what to use.

Make sure to check out the rest of this week’s top surveillance videos, which include a brazen shooting, a yorkie defending its owner from a coyote and more. 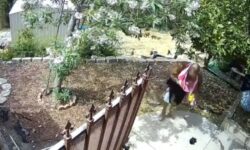 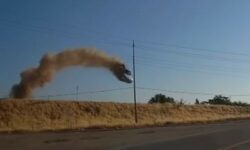 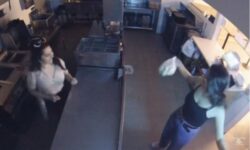