Other top surveillance videos of the week include a stairwell-shootout, a close rescue from an oncoming train and more. 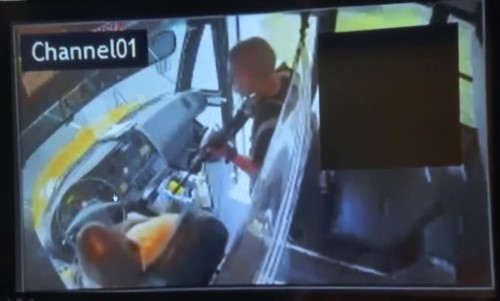 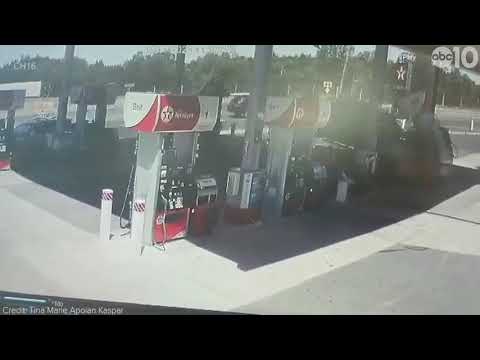 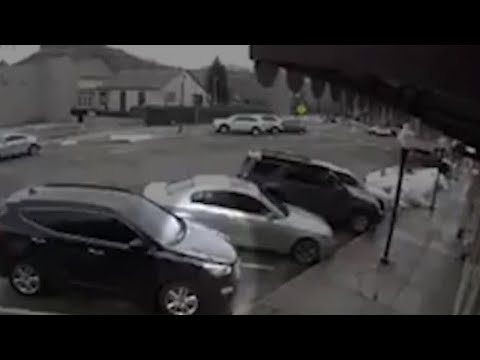 Any situation that involves the combination of children and a weapon is extremely nerve-racking. Just try to imagine how this bus driver felt after a man armed with a rifle boarded his bus of kindergarteners in South Carolina.

Video footage from the bus shows the armed man, who turned out to be an army trainee, sprint up the bus steps, point his rifle at the driver and order him to drive.

The footage then shows the suspect driving the bus, the occupants now seated in the back, into a wooded area before abandoning it. According to police, the suspect was trying to get home.

Fortunately, bus driver Kenneth Corbin had been trained to handle a hostage situation. However, he credits the kids with getting the suspect to let everyone go, telling Good Morning America, “The kids were the ones that actually got the gentleman off of the bus and they pretty much had my back as much as my concerns were with them. At the end when they started questioning him, it seemed to have frustrated him because his main objective were to get to the next town.”

Body camera footage shows the moment NYPD officers faced a dangerous situation in a cramped stairwell. The video shows officers arrive and start speaking to a man who then pulls a gun on them.

He fires at the officers and hits one of them. Fortunately, the bullet only grazed his jacket and actually struck the magnet of his body camera. The suspect would barricade himself in his apartment and take a hostage before ultimately being taken into custody.

Make sure to check out the rest of this week’s top surveillance videos, which include a backhoe being used to break into a store, a bird vandalizing a car and more.