Other top surveillance videos include a jewelry store owner that shoots first, footage of the Crimea-Russia bridge explosion and more. 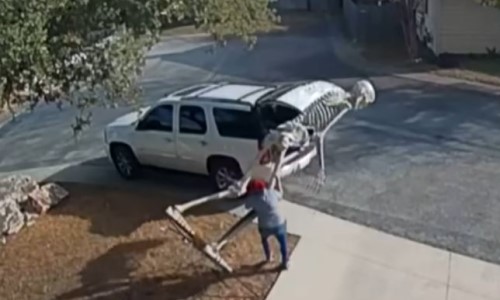 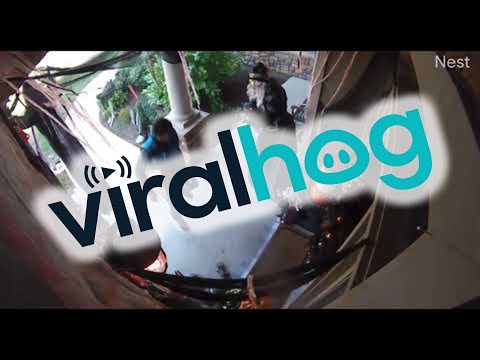 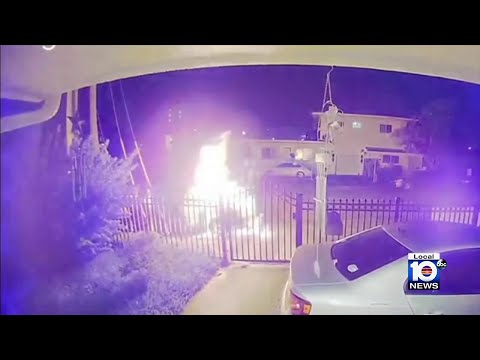 Next to Christmas, Halloween is the biggest “decoration holiday” of the year. Unfortunately, there are some out there that just don’t have any respect for people’s decorations.

The latest example of the latter comes from Texas. You’ve probably noticed an increase of 12-foot tall skeletons in front of homes. For whatever reason, these $300 behemoths have become very popular and are hard to find in stores.

That would probably explain why a woman in Texas decided it would be a good idea to steal one from a yard … in broad daylight.

Surveillance video shows her pull the skeleton down and then try to shove it into the back of her SUV. She can only fit less than half the skeleton into the vehicle and though we don’t see footage after that, she apparently somehow makes off with it.

A restaurant in California suffered a break-in that saw the suspect enter through a unique spot — its skylight. Surveillance video shows him lower himself down and balance on two bannisters.

He then goes behind the bar and begins drinking from numerous liquor bottles. Employees ended up arriving to the restaurant in the morning to find the suspect passed out on the floor. The kicker? This is the second time the suspect has broken into the business, previously raiding its outdoor bar.

Make sure to check out the rest of this week’s top surveillance videos, which include a delivery driver being spooked by Halloween decorations, a car arson and more.