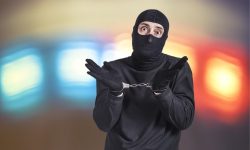 The 2017 Safest Cities in America

A new report ranks nearly 200 cities in the United States from safest to least safe by comparing a number of factors.

Despite What Trump Says, Crime Rate Lowest Since 1990

Researchers report that the violent crime rate is projected to fall by 0.6% to the second-lowest point in over 25 years.

The 20-year veteran of the Cleveland Police Department used a law enforcement database to conduct background checks on behalf of his security company.

These are the Most Dangerous States to Live in the U.S.

Over the last 10 years, 26% of U.S. households were victimized by crime.

In comparison to 2014, the FBI reports there were more violent crimes but less property crimes in 2015.

Participants were shown video surveillance footage at full speed and in slow motion, and the results showed stark differences between jurors’ interpretation of criminal intent.

Police say Shamir Hunter was seen on security camera footage in the area where Steven Esworthy was beaten to death while walking home from his brother’s wedding.