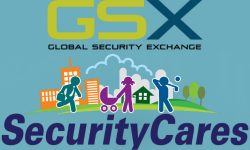 Expanded for 2019, Security Cares’ goal is to empower and impact the local community through education, networking, public health and school safety.

15 Nonprofits Win $10K Worth of Security Services, Equipment From Security 101

The program donates $10,000 worth of integrated security services from locally owned Security 101 offices and equipment from Axis Communications.

Arcus Global is a spin-off from Milestone Systems and will be based in California.

The network camera additions are part of the recently announced marketing and sales framework initiative between Axis Communications and Canon.