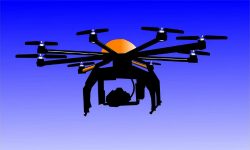 How the Security Industry Can Take Advantage of Drone Payloads

Drones have more to offer than delivering Amazon packages. Discover all the payload applications waiting to be taken advantage of.

Alarm.com has announced plans to develop autonomous, video-enabled drones for smart home and business security that will use the company’s new Insights Engine multi-sensor learning capability.

Will We See Wider Adoption of UAV Insurance in 2017?

Stipulating that operators of unmanned aerial vehicles (UAVs) be insured to cover damages in the event of a mishap would be a positive step for the drone industry, the author posits.

The sale will see Prox Dynamics integrated into FLIR’s unmanned aerial systems line of business operating within the surveillance segment.

I Have 99 Problems, and My Drone’s Data Link Is a Big One

While flying a UAV and collecting aerial footage for a high-profile movie production, the drone’s video link was continuously interrupted. So much so that the collected video was unusable for Hollywood’s purposes.

Startup Wants to Make Drones the Next Form of Home Security

Sunflower Labs says it sees the drone as a complement to traditional alarms.