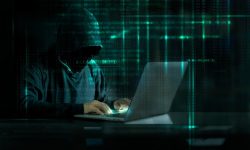 After a rise of Ring camera-hacking incidents, Motherboard discovered a tool circulating on hacker forums targeting the smart home camera.

After nearly an hour and a half, hackers successfully cracked into a voting machine at the global Def Con convention in Las Vegas.

How Secure Is Your Security Network?

Smart Electrical Socket Could Be Exploited to Hack Email

A vulnerability in a popular brand of smart electrical sockets has been found that could allow hackers to spread malicious software to connected devices.

61% of Americans Fear Their Home Security Cameras Will Be Hacked

Home security cameras, along with Internet-connected cars, are the biggest fears for Americans when it comes to hacking.

6 Steps to Prevent Hackers From Attacking Your Systems’ Biggest Vulnerability

The weakest link in most security systems is the user. Use these tips to make sure hackers don’t use them against you.

6 Motives for Small Business Owners to Invest in Data Security

Budgeting to protect your customer’s sensitive information from a data breach only makes good business sense.

Hackers Show How Easy It Is to Break Into Smartphones

A group of hackers showed CBS’ 60 Minutes how vulnerable our personal information is.

IOActive was able to infiltrate and disarm the security system, as well as listen in on radio traffic.

Hackers seized control of critical computer systems and the hospital paid a $17,000 ransom in bitcoin to release them.