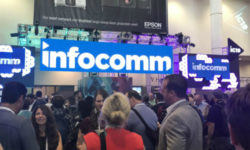 Event producer AVIXA says it will explore other options to deliver some scheduled content to InfoComm’s global audience of A/V professionals. 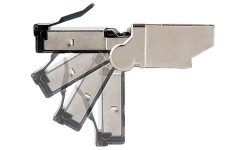 Platinum Tools says the Flex Connector is the first bendable RJ45 connector and allows for the connection and installation of devices nearly flush with the wall.

Middle Atlantic Products showcases the new Credenzas and other technical furniture at this year’s InfoComm show.

Check out some of the booths that wowed the crowd at InfoComm 2014.

Why Lencore Is Talking Mass Notification at InfoComm 2014

Mass notification emergency communication (MNEC) is the $2.5 billion AV industry that nobody else seems to be talking about.

A Peek Inside Microsoft’s InfoComm 2014 Booth

Here is a firsthand look at Microsoft’s exhibit space at InfoComm 2014, as well as reactions from show attendees.

Have you surveyed these video surveillance products?

The NSCA Foundation and Drunk Unkles will give away a Fender Stratocaster, Artic White Guitar with Rosewood Fretboard at a concert during InfoComm 2014.

The Security Solutions Pavilion at InfoComm 2014 will help them expand in markets such as CCTV, mass notification, networking, storage and more.