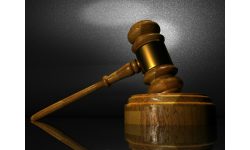 The Florida company has won a temporary restraining order and preliminary injunction against the defendant Dongguan Auhua Electronics Co.

After initially having its cross-motion denied by a Texas court, the Federal Circuit reversed the decision citing an abuse of discretion.

The litigation covers surveillance used to monitor secure areas for real-time threat assessments, including the protection of government assets and officials.

Honeywell’s Lyric Thermostat is at the center of Allure Energy’s Patent infringement lawsuit.