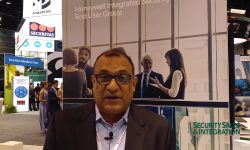 The security industry’s biggest event of the year kicks off April 6 in Las Vegas.

SSI sat down with four executives for a roundtable discussion reflecting on the challenges and opportunities for growth in today’s industry.

Between Us Pros: 12 Security Trends That Matter Most

SSI Editor-In-Chief Scott Goldfine counts down the key trends that emerged in 2015 and are likely to carry over into 2016.

20 Ways Into Your Customers’ Hearts

In an exclusive interview, Bosch Security Systems’ Jeremy Hockham reveals why one of the industry’s highest pedigreed equipment suppliers became less conspicuous prior to launching 100+ new products this year.

A Capital Idea for More Security

While renewed business has put bounce back into integrators’ step they must tread carefully to avoid being tripped up by a number of obstacles. In an exclusive roundtable, managers from five leading firms discuss how they are transforming to adapt to new technologies and services.