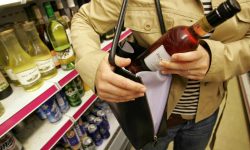 Nearly 62% of the retail theft survey participants reported an increase in shrink in 2017, with 28.6% reporting a decrease, according to Jack L. Hayes Int’l.

How to Ring Up More Retail Security Sales

Systems integrators can help end users of all sizes in the retail vertical who are collectively absorbing losses worth billions of dollars from vulnerabilities both outside and inside their establishments.

Research conducted for the National Retail Federation surveyed 100 senior loss prevention executives from various sectors in the retail market during March and April of this year.

Video surveillance is a common way to deter and catch employees breaking rules, but HR needs to make sure their forms of surveillance are legal.