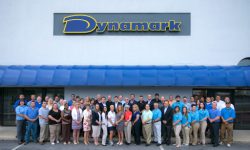 The program allows a residential or business customer the ability to finance their equipment with a fixed, no interest monthly payment for up to 60 months.

The independent audit verifies that internal controls and processes at COPS Monitoring adhere to the highest standards.

The third-party monitoring provider’s expansion will bring its fully redundant Rapid West facility to a total of 35,000 square feet.

The new business venture will initially target jewelers in New York City, with plans to eventually expand the monitoring concept nationwide through a network of authorized dealers.

Prior to being accepted into the program, dealers will receive an in-depth, no obligation consultation with a Dynamark regional manager.

How to Deal With Upset Customers, Delicately

Setting proper expectations is one way to mitigate complaints.

Industry veteran Morgan Hertel is making a months-long transition from his previous role as an operations executive at Rapid Response Monitoring.

The third-party central station worked with five CRM providers to seamlessly integrate the account creation process into their systems.