Other top surveillance videos of the week include a kangaroo exploring an empty city, a nightclub illegally operating during the COVID-19 pandemic and more. 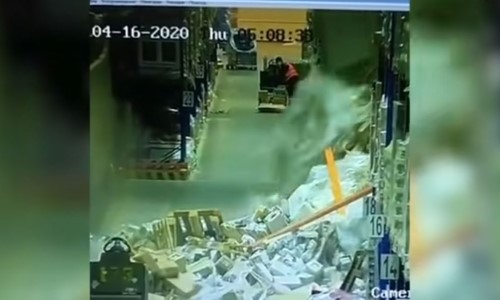 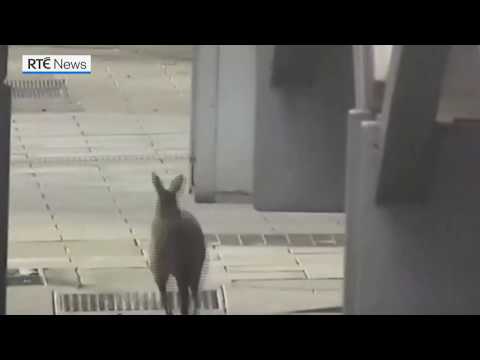 Being exhausted at work is a feeling everyone can relate to. Who wouldn’t like to be able to take a quick nap when 2:30 rolls around?

Though it would be frowned upon, an office worker putting his or her head down on their desk for a quick snooze would be relatively harmless.

However, there are certain scenarios and jobs where falling asleep could be dangerous. Take for example, as a forklift operator.

Surveillance video shows a man driving a forklift while asleep. He eventually veers towards a massive shelf and crashes into it, causing a domino effect of wreckage.

The driver wakes up from the impact and manages to get out of the way in time to avoid being buried alive. No word on if that man was Michael Scott.

Due to the coronavirus, the country has been in lockdown, with many states instituting a ban on congregations of more than 10 people. That rules out businesses such as dine-in restaurants, arenas and movie theaters.

Surveillance video from California shows more than 150 people coming and going from an illegal nightclub during the COVID-19 crisis, endangering public health.

Click to link to see what else is in store this week, and stay safe out there!