Other top surveillance videos include a woman pulling out a gun at Chipotle, a spooky-mask burglar and more. 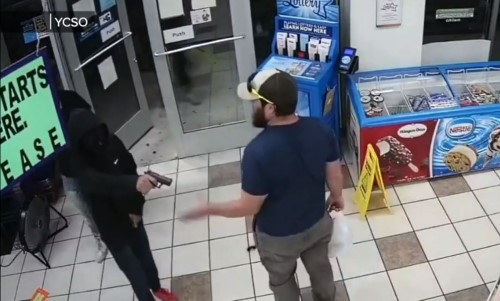 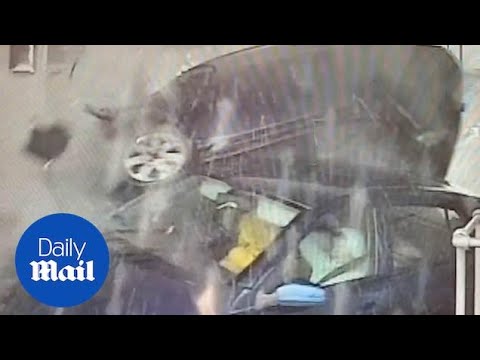 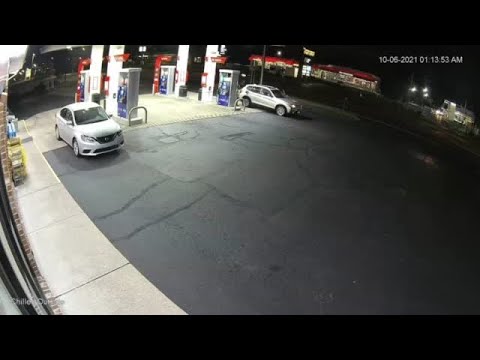 Once a hero, always a hero. Surveillance video from a convenience store in Arizona shows the moment a former Marine foils an armed robbery.

Video footage shows the Marine standing in the store speaking to the clerk. Suddenly, three masked men enter the store.

One of them is holding a gun and pointing it at the store clerk. Within seconds, the Marine grabs the gun and detains the suspect, sending the other two scurrying away.

As the Marine explains it, he grabbed the gun, held it to the suspects head and then spun him around so the would-be thief was between him and the other suspects. Semper Fi.

Bizarre footage from a Chipotle in Philadelphia shows a woman pulling a gun on a worker twice while waiting for her food. According to police, the woman took out the gun while she was still in line and was told the restaurant would be closing early due to a staffing shortage.

An employee says she took the woman’s order so she would leave, however the woman took out the gun again to get the employee to hurry up with her order.

Make sure to check out the rest of this week’s top surveillance videos, which include a delivery driver getting spooked by Halloween decorations, an out-of-control car crash and more.