Other top surveillance videos of the week include theft by bears, Halloween vandals, a 7.5-magnitude earthquake and much more. 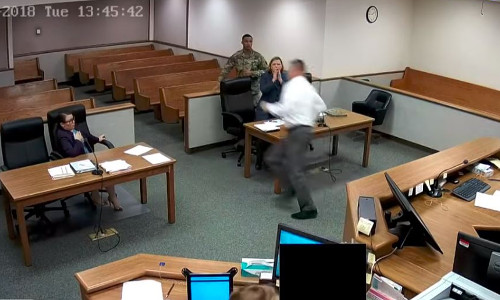 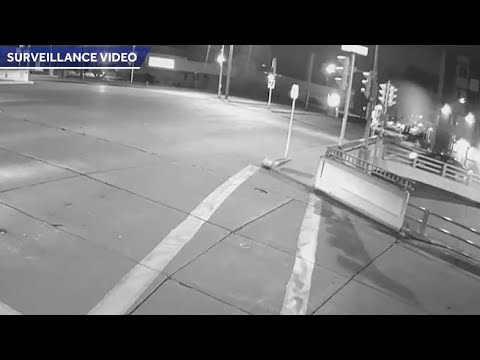 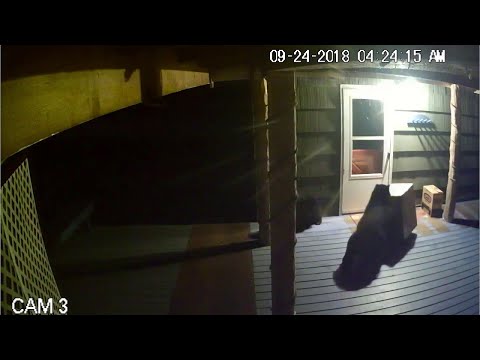 Some criminals will do anything to avoid jail — even after they’re caught. Maybe they should have thought twice about whatever it is that got them in trouble in the first place.

Two prisoners being arraigned in a Washington state court thought they would be able to make a run for it during their hearing. Unfortunately for them, they didn’t realize “SuperJudge” was presiding over them.

The two men bolt out of the courtroom and almost instantly, the judge gets up, rips off his robe and begins pursuing them through the courthouse. Lucky for us, surveillance cameras caught the entire pursuit.

We see the men run through the lobby before heading for the stairs. One of them manages to escape through the exit door, but the other is foiled by a desperate lunge from the judge. At least they didn’t take a tumble off a balcony.

A home noticed it was missing packages delivered by Amazon — but they weren’t stolen by a typical porch pirate.

Surveillance footage shows a momma bear and her two cubs climbing onto the porch and making off with the packages. According to the homeowner, they were filled with dog food and treats.

Make sure to check out the rest of this week’s top surveillance videos, which include several “Halloween Grinches,” a vicious attack at a bowling alley and much more.