Other top surveillance videos of the week include a border-crossing elephant, a delivery man eating toppings off a pizza and much more. 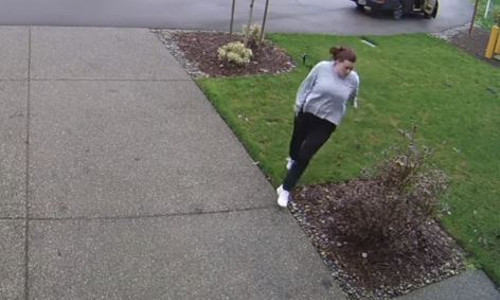 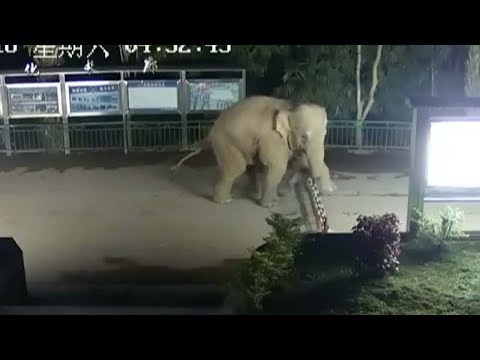 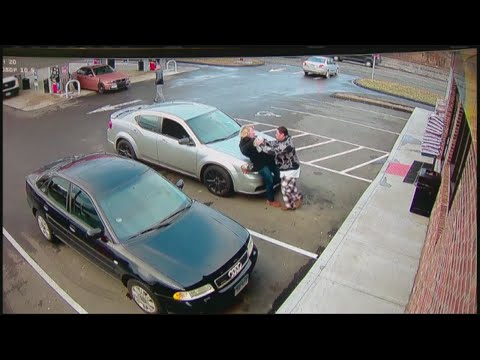 If this week’s star of Top Surveillance Videos didn’t believe in karma, I bet she sure does now.

Home surveillance cameras caught the moment a woman attempted to steal a package right after if was delivered by UPS. Unfortunately for her, karma came calling.

The woman picks up the packages and begins her escape but slips once she steps onto wet grass. I’m no doctor, but judging by the way her foot dangles from her leg after she lifts it, I’d say she has a broken ankle, or a severe sprain at the very least.

Eventually her accomplice exits the escape vehicle to come to her aid. After carrying her to the car, he comes back and grabs the stolen packages. Hopefully whatever is in them will be worth the hospital bill.

Everyone gets hungry on the job, including me. That’s why I make sure to keep some snacks in my desk drawer. But what happens when you’re a food delivery person?

An elevator security camera caught a hungry Domino’s delivery guy snacking on some toppings from the pizza he was delivering. Unsurprisingly, he was quickly fired.

Make sure to check out the rest of this week’s top surveillance videos which include a border-crossing elephant, pizzeria employees fighting off a former employee and much more!