Other top surveillance videos of the week include canine package thieves, a bus crash, a shooting at a car wash and more. 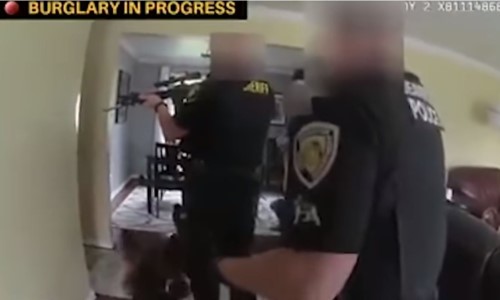 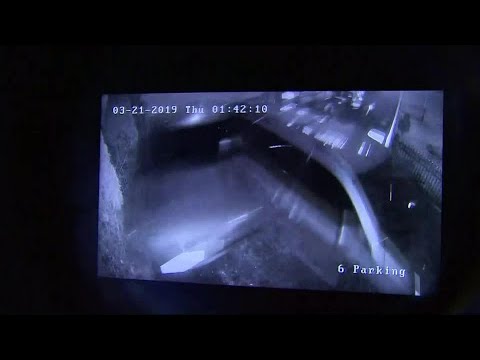 There is nothing more frightening than an intruder in your home. A million thoughts probably go through your head. “What do they want?” “Are they armed?” “Do they know I’m home?”

If you have the ability to call 911, it should be one of the first things you do. However, you should also be reasonably sure there is actually an intruder, or to be more exact, a human.

Police in Oregon received a call saying an intruder was locked in a bathroom in the caller’s home. The caller said they could see shadows moving under the door.

Body cam footage shows police responding, armed with guns as well as an attack dog. After getting no response from the person in the bathroom, police opened the door, only to find the intruder was in fact a Roomba robot vacuum cleaner.

Video doorbells have become a great solution when it comes to spotting package thieves. As the rate of package theft increases, so too has the implementation of these cameras.

When a homeowner in California wanted to find out what happened to their packages, they turned to their video doorbell, only to find out a pair of their mischievous pets were the perpetrators.

Make sure to check out the rest of this week’s top surveillance videos, which include a failed jewelry store robbery, a brutal carjacking and more.