Top 9 Surveillance Videos of the Week: Woman Falls Through Ceiling During Escape Attempt

Other top surveillance videos of the week include a badass police dog, the world’s most irresponsible driver and much more. 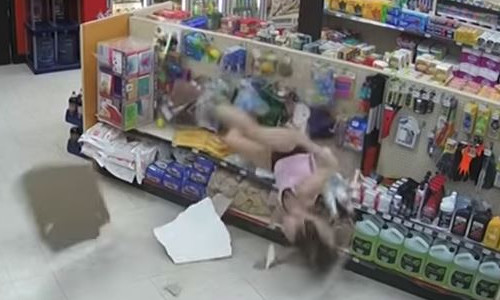 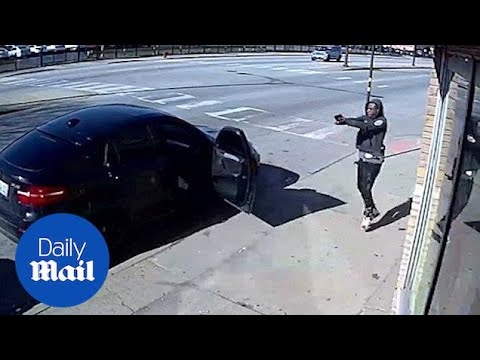 Canada has given us a lot of great things — maple syrup, hockey, Rush — and I could go on and on. However, its latest export may be its best yet.

Surveillance video from an Edmonton convenience store captured a moment so outrageous, it seems like it had to be scripted.

The video starts with a couple trying to escape the store, but are thwarted by a police officer and a good samaritan. The male suspect then runs away in an attempt to leave through the back door, but it’s locked.

The police officer pursues and for a moment, the suspect contemplates throwing a bag of candy. Wisely, he resists. However, he will eventually get tased for lunging at the officer.

In the meantime, the female suspect then goes into the back room and eventually climbs up into the ceiling. The video then cuts to the police officer again wrestling with the male suspect before cutting to a shelf that the woman then falls on. Impeccable editing by whoever released the video.

The woman quickly gets up as if she didn’t just fall through the ceiling and back-up soon arrives to arrest the couple. Amazing.

If you ever thought K-9 police dogs were only good for sniffing out contraband, think again. Incredible body cam footage shows a police dog run into a house, grab a shotgun out the hands of a suspect and then bring it to another room. Now that’s a good boy.

Make sure to check out the rest of this week’s top surveillance videos which include a deer in a subway station, bad drivers and much more!