Other top surveillance videos include a scary confrontation with moped thugs, a drive-by at a police station and more. 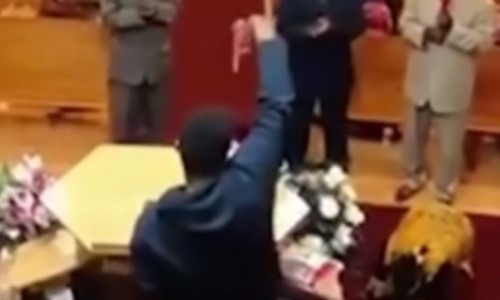 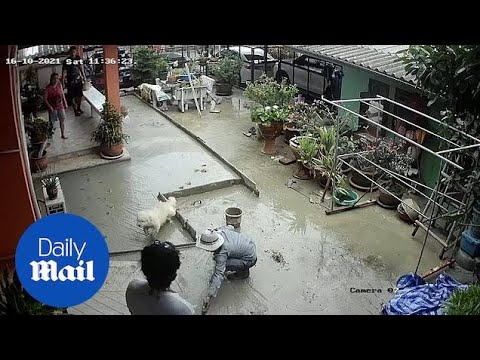 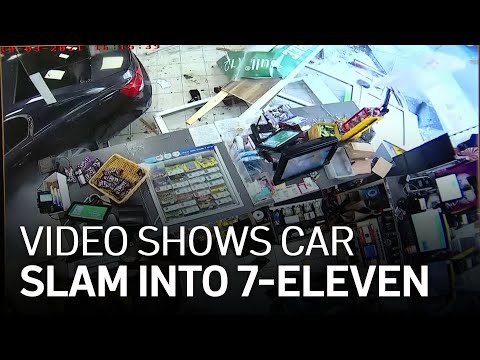 It’s common sense that houses of worship are a sacred place that everyone should feel safe in. If you are going to disrupt it in any way, you might have to face the wrath of God, or at least its pastor. Just ask this guy in Nashville.

Surveillance footage from the Nashville Light Mission Pentecostal Church shows a Sunday service underway when a man brandishing a gun suddenly walks onto the pulpit and waves a gun.

You can then spot Pastor Ezekiel Ndikumana, standing to the side of the church, move behind the view of the camera.

Suddenly, he jumps into frame and tackles the suspect. Other church members quickly join him and would end up detaining the suspect until police could arrive.

Two moped riders in London caused mischief after being told by a pedestrian that they could not travel down the road due to it being a low traffic neighborhood. After arguing back and forth, the pedestrian would seek refuge inside a café.

The riders then entered to confront the pedestrian, arguing with him in front of a family. Just when it looked like the suspects were gone for good, they returned to smash the front window of the business with a chair.

Make sure to check out the rest of this week’s top surveillance videos, which include an exploding battery, a naughty dog and more.