Top 10 Surveillance Videos of the Week: Alleged Arsonist Lights Himself on Fire

Other videos include a face-painted intruder sneaking into a home to try on clothes and a man in China cutting down a tree to steal a bike.

This was the moment before the man set himself on fire. 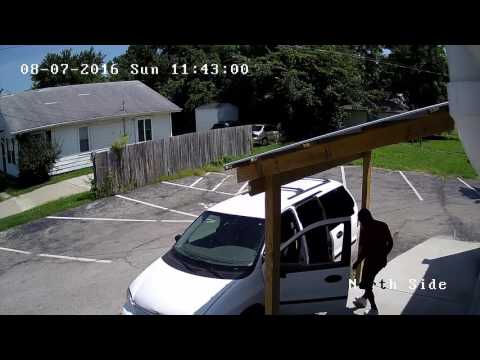 Sometimes karma can come back to bite you. Other times it will light you on fire.

That was the case in Madisonville, Ky., when a man was seen on video surveillance attempting to burn down a business with a Molotov cocktail.

He threw the first cocktail successfully. It was the second one that … backfired.

This security camera footage leads off this week’s installment of the Surveillance Videos of the Week. Other moments caught on camera include a scary intruder with face paint sneaking into a home to try on clothes and cook, as well as a man in China cutting down a tree to steal a bike.