Why security systems integrators need to weigh all the factors when it comes to 4K video.

In terms of advanced technologies, 4K monitors have the potential to add incredible quality and value to end users’ video surveillance systems. However, there are several elements to be considered before deciding to make that move.

A 4K monitor offers four times the resolution of a standard high-definition monitor. By the numbers, a standard 1,080p HD monitor produces video at a resolution of 1,920 X 1,080 pixels, whereas a 4K monitor’s resolution is 4,096 X 2,160 pixels. In comparison, the 4K monitor displays video with greater clarity and detail, allowing customers to more readily identify individuals and objects when necessary.

The content, though, must be delivered to the monitor in an equally high-quality resolution. That’s the catch: No matter how clear the display, if the system has a lower-resolution camera, the video will still appear at a lower-resolution quality on the monitor. There are several cameras on the market that can send video at a high enough resolution to maximize the features and benefits of a 4K monitor that integrators should familiarize themselves with to council their end-user customers.

In addition to ensuring that surveillance cameras provide high-resolution video to accommodate the display quality of a 4K monitor, the following elements must be considered as well:

Bandwidth. It’s a simple equation: A monitor emitting four times the video quality requires four times the bandwidth to send the same video. For example, a typical 1,080p video streaming at 10 frames per second (fps) requires 1-3MB at 30 fps. Additionally, most high-end cameras send multiple video streams so the amount of bandwidth required will multiply quickly. This will also increase storage needs by four times, and may demand a shift in storage technologies in order to accommodate. The storage requirement for a typical 1,080p monitor at 10 fps for 24 hours is about 90GB, or approximately 2.7TB over a typical month. If a customer must now accommodate four times this amount with a 4K monitor, the storage needs increase to approximately 10.8TB per camera. This can rapidly escalate into the need for petabyte (PB) capacity.

In order to keep in pace with the technological advancement of the industry – even beyond 4K monitors – end users must be prepared with the proper tools to ensure that the video can be effectively streamed and stored.

Cameras. In the past few years, there has been an influx of multiple-megapixel cameras on the market. Several companies have released cameras in the 10-25 megapixel range. It’s necessary for the end user to determine whether having the ability to view video in its natural full resolution from these cameras would be beneficial, or if users would be just as likely to zoom in to get a close-up view of activity.

Cost. Though an impressive technology, the cost of 4K monitors is quite expensive; cost for a large-screen 4K monitor can easily reach $20,000 or more. A larger screen means more cameras can be displayed and more detail can be seen, but end users must thoroughly assess whether or not this technology is necessary, based on the needs of the company or nature of the business. A customer might be able to display 64 cameras with great detail on an 85-inch, $40,000 4K monitor, but in reality, personnel may not be available to adequately keep track of and oversee them. Also, it’s important to note that the cost of this technology is quickly decreasing and, as is always the case with the security industry, new technologies are just around the corner. The release of 8K monitors – rapidly approaching – will drive down the cost of 4K monitors, and OLED (organic light-emitting diodes) monitors that offer better color definition are also generating competition.

For most of your customers’ businesses, I believe the costs associated with moving to 4K monitors will be prohibitive. That said, there will be scenarios where it makes sense to upgrade, even if not entirely, to at least a partial system to take advantage of the benefits of this crystal-clear video technology. The bottom line, customers need to ask themselves, “Do I really need to be able to see the lint in the bottom of a purse at the checkout register?” Probably not. On the other hand, security personnel at an arena facility might want to be able to see half of a football stadium at once with the ability to zoom in tightly. While it is remarkable that we have the technology to now accomplish both of these things, companies must assess at what cost it’s worth it to implement it. 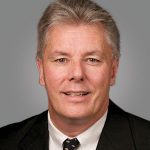 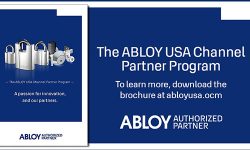 Learn How to Grow Security Sales in Critical Infrastructure Industries