ERIE, Pa.—Due to the broad language crafted in a 1998 law, the National Bank of North East has brought suit against the Pennsylvania State Police Department. The bank compares the state law to the federal law, which requires all banks to have alarm systems, and has determined the laws are conflicting.

According to Pennsylvania state law, after the fourth false alarm for anyone (including banks and businesses) within a year, it is considered to be a summary criminal offense. Convictions carry a $300 fine. Since the National Bank of the North East has recently experienced its fourth false alarm, the bank was cited and convicted, but the bank is considering appealing the charge on the constitutionality of the law.Pennsylvania state legislators have no plans to amend the current law and have the backing of the Pennsylvania Bankers Association, the premier lobbying association for banks in the state. They argue the allowance of three false alarms is enough time for anyone to correct a problem.

Police officials agree and say they enforce what is on the books. Officers also say they apply reason to a situation, and if an alarm is tripped due to inclement weather or a criminal who is scared off by the noise of the alarm in the middle of the night, they do not count it. The Bank of the North East believes this policy is arbitrary and would like the law to take a narrower focus and cite specific examples of when exemptions would or should be made. The bank does agree there should be a fee structure in place for excessive false alarms, but does not believe it should be imposed through a criminal conviction. 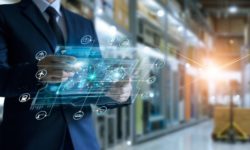 Evaluating New Technologies: How Do You R.A.T.E.? (Part 2)