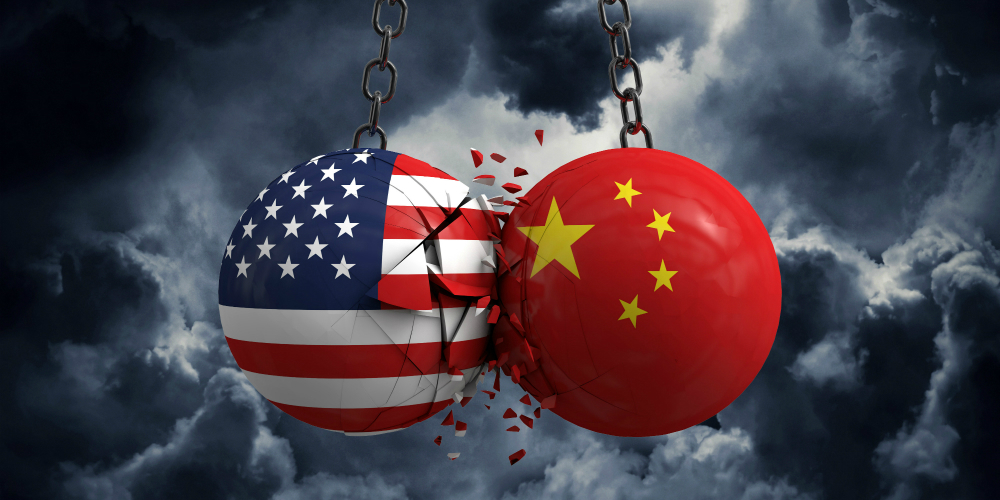 WASHINGTON — An interim rule that prohibits federal agencies from purchasing or obtaining telecommunications and video surveillance equipment from five Chinese companies — including Hikvision and Dahua — is now in effect.

The interim Federal Acquisition Regulation (FAR) rule, implemented Aug. 13, is referred to as Section 889 of the 2019 National Defense Authorization Act (NDAA). The interim rule from three departments in charge of federal purchasing policy, including the General Services Administration (GSA), will apply to all new contracts and procurements as well as existing indefinite delivery contracts, plus options picked up for existing contracts.

The interim rule includes language that covers any “substantial or essential component of any system, or as critical technology as part of any system” from the banned Chinese firms (including Huawei, ZTE and Hytera) or their affiliates. The restrictions are intended to mitigate the threat of spying on the United States by China’s government.

Although the NDAA allows for the issuance of individual, one-time waivers to agencies, the rule mandates that contractors identify as part of their specification any security, video surveillance and telecommunications products and services provided to the government, including those supplied by subcontractors. 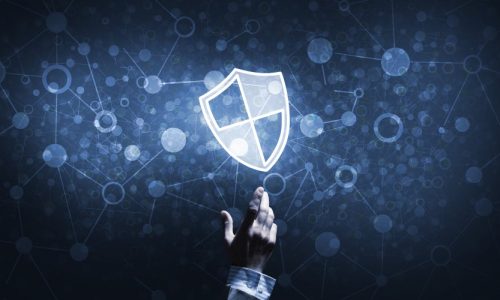 Government contractors have expressed a great deal of confusion about the scope of the ban and what it will mean for their businesses, Lynn de Seve, president of GSA Schedules, tells SSI.

“GSA contractors will have some additional contracting requirements and certification to comply with as they are considered high risk for violations,” she says. “Government agencies will be mindful of whether they need to include the additional FAR language at the contracts level, in addition to the GSA requirements, for contractors and when they apply.”

Jake Parker, senior director of government relations for the Security Industry Association (SIA), tells SSI there is no statutory mandate included in Section 889 that requires the removal of existing equipment covered by the ban.

“However, given the procurement prohibition, eventual replacement is expected through the normal tech refresh cycle for such equipment, and it is possible agencies may decide on their own to initiate replacement,” Parker explains. “Additionally, a plan for replacement would be required from government entities seeking an agency waiver to allow continued procurement of the covered equipment after Aug. 13.”

According to Jennifer Mapes-Christ, senior analyst and manager of the consumer and commercial goods group at the Freedonia Group, the U.S. government market for video surveillance systems is forecast to exceed $700 million by 2021. For Hikvision and Dahua — both are leading suppliers of OEM equipment that is also covered by the interim rule — the U.S. federal ban is likely negligible to their bottom lines.

“The total government market accounted for only about one-sixth of the total U.S. market for video surveillance equipment in 2016 and federal government facilities would account for an even smaller share,” she says.

And aside from any negative branding ramifications, the ban’s effect on the two companies’ business in the U.S. will also depend on how broadly the law is ultimately applied, Mapes-Christ says.

In the FAR rule, some industry stakeholders have questioned if subsection (a)(1)(B) — due to be enacted Aug. 13, 2020 — impacts the ability of integrators to perform federal work using compliant products, if they also provide video surveillance products to non-federal customers that do not meet the federal requirements.

That question was addressed by SIA in a preliminary analysis of the interim rule the association distributed to its membership. The document provided the following answer:

“Not currently. However, the federal government has yet to clarify its approach to implementing subsection (a)(1)(B) which prohibits contracting with entities that use covered equipment. This subsection and remaining provisions applicable to the use of grant and loan funds are expected to go into effect August 13, 2020, following a second rulemaking process.

Subsection (a)(1)(B) appears to prohibit use in the performance of federal contracts that may not involve the direct purchase of video surveillance equipment or services by the government. SIA has urged policymakers to ensure the contracting prohibition will not be applicable to non-federal sales or use of covered equipment by a government contractor that is unrelated to federal work.”

Hikvsion and Dahua were thrown into the equipment ban fray last year when an amendment spearheaded by Rep. Vicky Hartzler, a Missouri Republican and a senior member on the House Armed Services Committee, added the companies to the NDAA provision.

“We must face the reality that the Chinese-government is using every avenue at its disposal to target the United States, including expanding the role of Chinese companies in the U.S. domestic communications and public safety sectors,” Hartzler said in a statement. “Video surveillance and security equipment sold by Chinese companies exposes the U.S. government to significant vulnerabilities and my amendment will ensure that China cannot create a video surveillance network within federal agencies.”

In separate prepared statements provided to SSI, Hikvision and Dahua both expressed disappointment with the interim rule taking effect. Spokespersons from both companies stressed inclusion in the ban was unmerited and claimed strict adherence to the laws and regulations in all countries and regions where the firms’ products and solutions are sold. 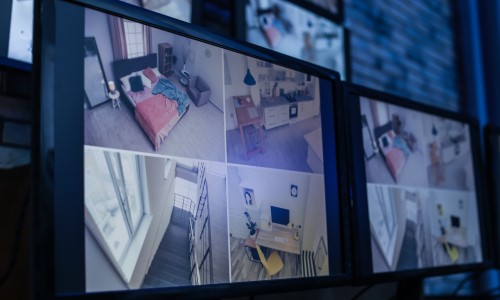 “We believe this provision is unjust and targeted Hikvision without reason or evidence of wrongdoing. Meanwhile, we are evaluating every option available to contest this groundless inclusion and protect the rights and interests of the company and our partners,” Hikvision states.

A Dahua spokesman directed SSI to an online statement posted Aug. 16 when contacted for comment. “The prohibition was hastily enacted without any supporting evidentiary basis or due process. To be clear, the prohibition only relates to federal agencies. Commercial entities may continue to purchase Dahua products, as may state and local governments generally,” Dahua states.

Ambiguity arising from the provision and its layers of administrative minutiae has triggered concern by some industry stakeholders who fear selling banned products to the government could risk contracts being canceled or even being disqualified from further business with the federal government. However, clarification on what all is stipulated in the provision will be eventually explained in detail by the government, de Seve said.

“Yes, there is risk but GSA will issue written guidance specific to the components significance to the product being a key factor,” she said. “GSA has advised they will be issuing a mass modification which will clarify details.”

An a ADI spokesman provided SSI the following statement when asked about implications the interim rule is having on the distributor’s business:

“ADI is working closely with our supplier partners and customers as questions surrounding the [NDAA] ban arise. We have increased inventory levels with manufacturers who have confirmed compliance with NDAA at the SKU level. This puts us in the position to support product fulfillment to meet customer demand and supports our continued growth in our U.S. video surveillance business.”

Ric McCullough, president of PSA Security Network, tells SSI that members of the systems integrator cooperative that do work with the federal government have been prepared for the eventuality of the ban taking effect.

“Anyone selling video surveillance products to the federal government needs to be aware of this ban and propose or sell accordingly. Our integrators in the federal government space saw this coming many years ago and made changes well in advance of the NDAA so they have had no impact at this time,” McCullough said. 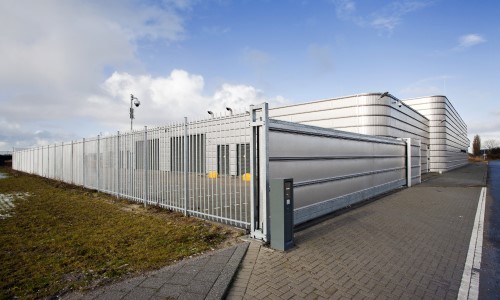 Nor is the ban expected to impact the PSA’s distribution business, he said. “First, the ban applies only to federal government agencies. Second, PSA sells product lines from many manufacturers and has video surveillance products that meet public, as well as private sector standards.”

The government is accepting comments on the interim rule for 60 days before it comes to a final version. It will allow agencies some ability to grant waivers through Aug. 13, 2021, for contractors where security is not at issue. The final rule will follow after the comments period.

SIA will present a webinar on Aug. 22 during which Parker will provide initial analysis of the government-wide procurement requirements specified within the NDAA for fiscal year 2019, along with the subsequent FAR rule implementing the procurement prohibition. The webinar — which will include a Q&A session — is free and open to SIA members.

(Note: This article was updated Aug. 20 to clarify potential impact of subsection (a)(1)(B) as explained by SIA.) 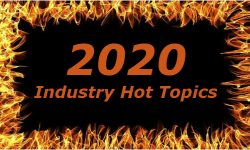 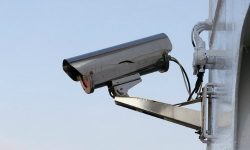 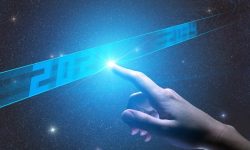 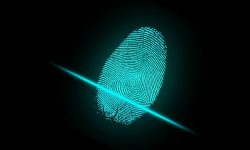