DroneTracker 3.5 is said to introduce enhanced features designed to protect facilities and people against coordinated drone incursions from multiple drones. 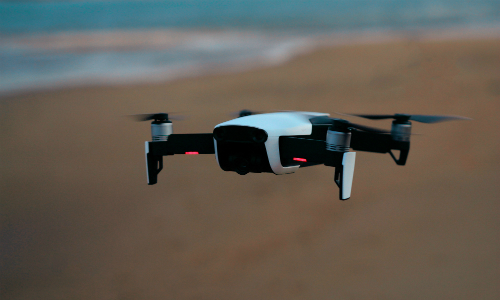 DroneTracker 3.5 can detect drones over a mile away from a protected site and determines the communications protocol of the drone, its flight path and the location of the pilot, the company states.

The company’s new software release, which can be hosted in the Cloud or on-premise, uses Dedrone’s DroneDNA database to recognize and classify RF, WiFi and autonomous drones approximately one kilometer away from a protected site.

According to a press release, DroneTracker 3.5 offers the following enhancements for customers:

Together, these updates and improvements make the solution the most reliable and accurate drone detection, classification platform for security professionals to protect critical assets, according to the company.

“Security professionals are now looking beyond the single drone threat and understanding that drone pilots with intent to harm can easily coordinate efforts and use multiple drones at once to covertly spy or interrupt critical operations,” says Joerg Lamprecht, CEO and co-founder of Dedrone. “DroneTracker 3.5 provides forensic data of drone activity that can be used to secure protected assets, people, and infrastructure from unwanted drones.” 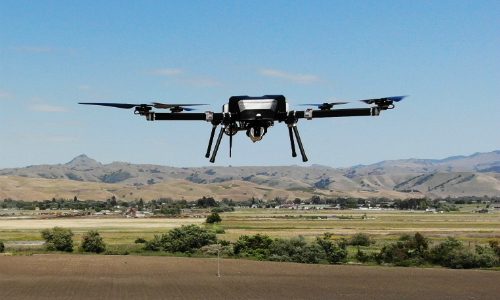 Dedrone’s software is said to be a machine learning network using information from a proprietary database, DroneDNA. The software platform gathers intelligence from various sensors, including radio frequency and Wi-Fi scanners, microphones and cameras.

DroneTracker 3.5 can detect drones over a mile away from a protected site and determines the communications protocol of the drone, its flight path and the location of the pilot, the company states. Once a drone is detected, the software alerts security personnel and can be integrated to deploy a passive security measure or defeat technology. 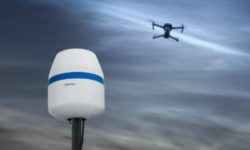 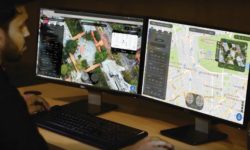