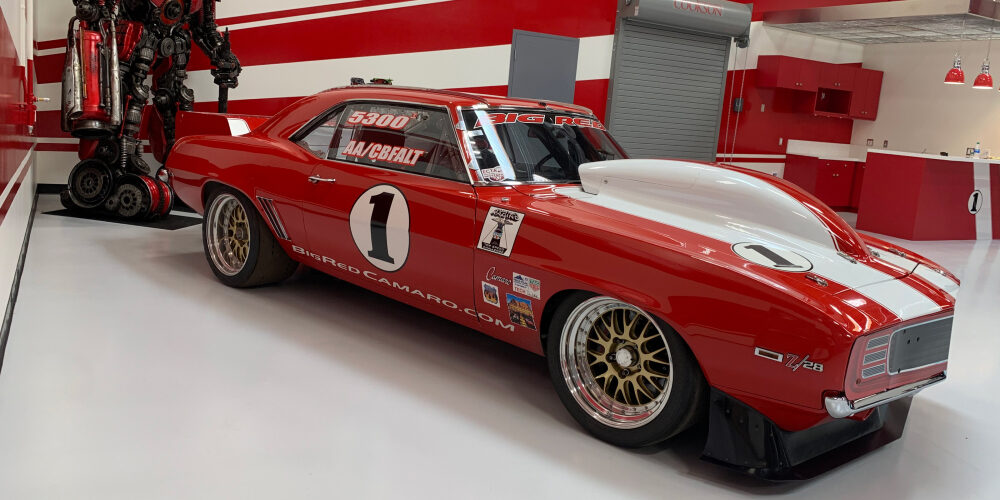 In addition to protecting Big Red, the team also wanted to open up live feeds if there was major maintenance or customization activity.

TEANECK, N.J. — The legendary Big Red Camaro is a serious, open-road racing car that has been setting records at the highest level for over 30 years. Since they started on the project back in 1987, Richard Gottlieb and his father Dan Gottlieb have invested countless hours as well as millions of dollars upgrading, refurbishing, restoring and improving the performance of the car.

To protect their investment and ensure the continued success of the racing team, the Gottliebs have built a new 14,000-square-foot facility featuring a state-of-the-art video surveillance system with Hanwha Techwin cameras to help keep this piece of American racing history safe.

It was clear from the beginning of the project that the site for the new facility would pose unique security challenges. Because of the kind of work being done on the car, which includes welding as well as working with toxic and highly volatile substances like racing fuels, the car had to be housed in an area zoned for light industry. These areas aren’t typically known for high security.

To help solve these challenges, Richard Gottlieb hired Howard Levinson of Expert Security to design and implement the new security system. The camera selection was tailored to match the security requirements for each area. For the back of the facility, which is isolated and has several dumpsters, the team installed Hanwha cameras with lowlight operability. They also deployed in-camera masking to prevent passing trains from triggering motion alerts. Out front, the team deployed Wisenet PNM-9030V multisensor panoramic cameras from Hanwha to provide a complete 180° view. 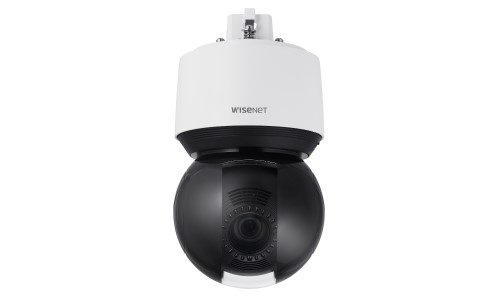 In addition to protecting this priceless car, the team also wanted to open up live feeds if there was major maintenance or customization activity. The goal was to use the new video surveillance system for both security and entertainment. As Josh Oliver, director of marketing and PR for the Big Red Camaro, explains, “It is important to maintain the Big Red Camaro as a brand. This complicated the requirements because the system had to be flexible enough to ensure security as well as a high level of visibility for the car.”

Each camera records a set number of frames per second, regardless of the situation. If the analytics in the camera detects movement or a possible threat, however, both the frame rate and image quality are automatically increased. This means that, when a potential incident starts, the security system immediately adjusts to improve the resolution of its video recordings.

With ease-of-use in mind, Hanwha designed the chipset in the 180° cameras to allow analytics to be quickly and accurately set up for the entire field of view. As Levinson explains, “the Hanwha chipset made protecting the perimeter of the facility easy. All we needed to do to set up line crossing analytics around the site was to simply draw a line directly across the stitched together 180° view.”

With any other multisensor, panoramic camera users have to draw their lines on images from each individual sensor and then line them up afterwards to make sure everything is accurate. 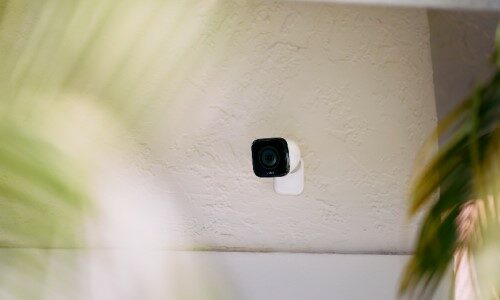 “With Hanwha, you get exceptional performance and great quality. The technology does what Hanwha says it will do and does it perfectly. For me and my dad, the car has never been about compromise, and the peace of mind that we get from a cutting-edge security system allows us to rest easy at night, knowing that our investment and Big Red’s legacy is protected,” concludes Gottlieb.