Fire Department officials release carbon monoxide safety tips after firefighters near Sacramento are dispatched in response to a home alarm.

GALT, Calif. – An early morning alarm at a home in this community near Sacramento prompted fire department officials to remind residents of the importance of installing carbon monoxide (CO) detectors.

Firefighters were dispatched Dec. 16 to a residence in response to an activated residential alarm, the Sacramento Bee reports. They arrived to find the home vacant with an alarm sounding and no signs of fire.

When the homeowner returned and Cosumnes Community Services District firefighters were able to enter the house, they determined the alarm had been activated by the CO detector in the home, which was monitored by an alarm company. The alarm company had alerted the Fire Department, the newspaper reports.

Using gas detectors, fire crews determined there were elevated levels of CO and immediately began ventilating the home, according to a Fire Department news release.

The homeowner told firefighters that recent work had been performed on the gas water heater because of a pilot light issue. Gas was shut off to the residence until the gas company could confirm the cause of the elevated CO levels.

In this case, fire officials said, the homeowner was fortunate to be out of the house and to have a working carbon monoxide detector in the home that was being monitored.

They stress the importance of installing CO monitors in homes with gas-powered appliances such as water heaters, furnaces and stoves. Fire officials offer several tips for CO monoxide detectors, which installing security contractors can share with their customers as well:

â–ª Carbon monoxide alarms should be installed outside each sleeping area, and on every level of the home. It is best to use interconnected alarms, so when one sounds, all the alarms in the home sound.

â–ª Follow the instructions on the package to properly install the alarm.

â–ª Test the alarms at least once a month.

â–ª Replace alarms according to instructions on the package.

â–ª Know the sounds the alarm makes. It will sound if a sufficient level of carbon monoxide is detected. It will make a different sound if the battery is low, or if it is time to get a new alarm.

â–ª If the battery is low, replace it.

â–ª If the carbon monoxide alarm sounds, people in the home must get fresh air. Move outdoors, to an open window or open door. Call the fire department from a fresh-air location and stay until help arrives. 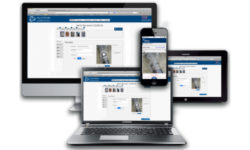