UAS leadership deconstructs the company’s recipe for success and longevity, how its contending with procurement, pricing and personnel challenges, and much more in the latest Security Speaking podcast. 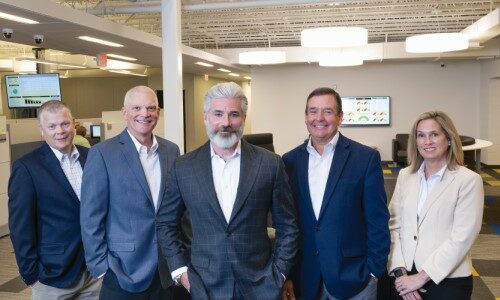 Where were you in 1972? The Dallas Cowboys, Los Angeles Lakers, Oakland A’s and Boston Bruins hoisted championship trophies. “American Pie,” “The Godfather” and “Jonathan Living Seagull” were America’s most popular song, movie and book.

The average cost of a new home was $27,550, average income was $11,800 and a gallon of gas was 55 cents. Dominating the evening news was Arab gunmen murdering 11 Israel Athletes at the Munich Olympics and the start of the Watergate scandal.

Technology and people born that year included the PONG videogame, HBO and the digital watch, with Dwayne “The Rock” Johnson, Marshall “Eminem” Mathers and Cameron Diaz taking their first gulps of air.

Likely with less mainstream fanfare but just as impactful to the electronic security industry, a rising star also first emerged in 1972. Inspired by the necessity to develop an alarm system to combat the vandalism and burglary of vending machines, married couple Ron and Sandy Schwartz founded Universal Alarm Systems (UAS).

Now celebrating its 50-year anniversary, UAS has grown to become a leading security systems, integration and monitored services provider to local, regional, multilocation and national accounts throughout the United States and Canada.

To get insight into the company’s milestone and what’s yet to come, SSI Editor-in-Chief Scott Goldfine spoke with UAS President Scott R. Elkins and his executive team of Vice President of Sales Chris McGurk, Senior Director of Technology Jeff Crowther, HR Director Michelle May and Senior Director of Operations Rich Rhodes.

The execs touch on a number of topics, including:

You can watch the full conversation in the latest edition of Security Speaking below, or listen or download it directly from SSI. You can also listen to it via your streaming platform of choice. A condensed version of the discussion can be read here.

Listen to this podcast using the embedded player below.