The Bosch MIC IP Fusion 9000i camera features a 9mm lens and is capable of providing 360° coverage in 30 seconds. 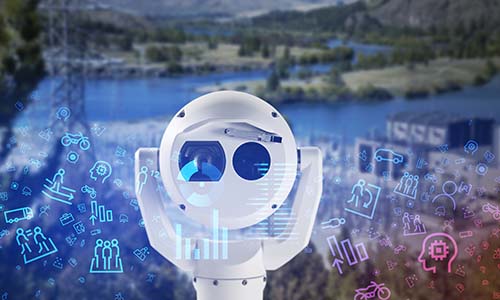 The new camera from Bosch expands the company’s line of solutions, and the product is designed for short-range perimeter security. Bosch explains the the MIC IP Fusion 9000i camera is capable of delivering up to a full 360° coverage in 30 seconds.

According to the company, the camera’s ability to quickly produce 360° of view lowers security costs per square meter to save users money. Bosch also boasts the 9000i 9mm camera utilizes a full-metal housing and it provides the same level of longevity and reliability of existing 19mm and 50mm lens models.

Bosch points out the new 9mm camera produces an expanded thermal view of 70° x 52° and through its wide field-of-view the camera requires just six prepositions to provide 360° coverage in 30 seconds. 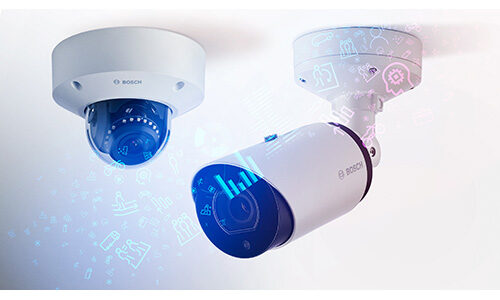 The manufacturer continues by noting the camera combines a thermal imager with a 1080p starlight optical imager all within a single housing. Bosch says that regardless of the lighting conditions the camera can blend object detection data from both thermal and optical video streams via metadata fusion technologies.

Through the combination of 900oi camera’s built-in intelligent video analytics and metadata fusion technologies, the latest Bosch camera provides users with high levels of awareness through whatever video stream they are viewing.

Some of the options available through Bosch include a long-range lens (50mm) that provides long-range detection and early warning for borders, shipping channels, airport runways and other similar properties. Bosch also offers a 19mm lens that it says can be used for medium- range applications.

Bosch adds the 9mm MIC IP Fusion 9000i camera is capable of weathering temperature extremes of -40° to 65° C (-40° to 149°F) to allow integrators to place the product in a choice of locations.