Cipoletti was CFO of Guardian’s parent company and had been serving in a dual role as acting president at Guardian since May. 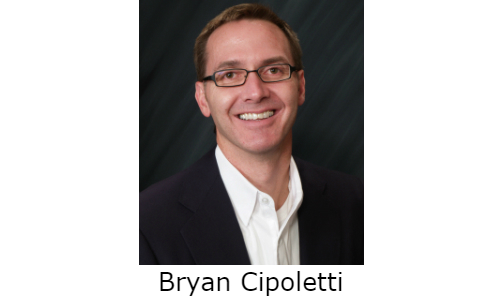 WARRENDALE, Pa. — Guardian Protection Services has appointed Bryan Cipoletti as president, effective immediately, after serving in the role on an interim basis since May 12.

Cipoletti was CFO of The Armstrong Group, Guardian’s parent company, and had been serving in a dual role as acting president at Guardian following the resignation of Joe Colosimo.

Cipoletti has been with Armstrong for more than 30 years and has held various executive and board positions with its affiliated companies.

“I’m excited to join this already great company in a more direct leadership role,” Cipoletti states in an announcement. “I’m looking forward to further engaging with the extremely talented management team already in place and to further leverage the synergies between Guardian and the other Armstrong companies.”

He continues: “Having been a member of senior leadership at Armstrong, I am aware of the family’s strong commitment to the ownership and growth objectives of Guardian. Leaving my position as CFO to take on this exciting new role is further evidence of my belief in that commitment. In the last eight months, I have had the opportunity to see great potential within Guardian and have already begun to work with the team to put initiatives in place that I believe will make us even better. I am excited about our vision for Guardian.”

Cipoletti is a graduate of West Virginia University, with a B.S./B.A. in finance. He received an MBA from the University of Pittsburgh. Prior to joining Armstrong in 1987, Cipoletti was a CPA with Deloitte Haskins + Sells in the Pittsburgh office. He currently serves on the board of the American Cable Association and in 2013 was named Independent Financial Executive of the Year by Cablefax.

Cipoletti is also on the board of the Lighthouse Foundation, a non-profit organization in Butler, Pa., which provides food, transitional housing and emergency shelter to those in need.