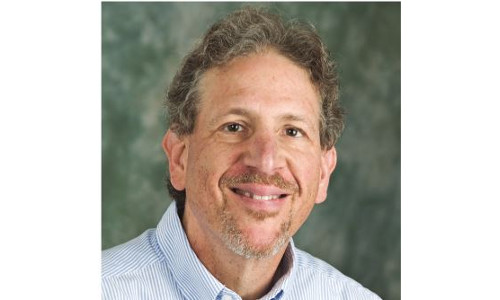 SSI is proud to welcome Editor-in-Chief/Associate Publisher of Security Sales & Integration Scott Goldfine to the class of 2018.

“Like most people I sort of stumbled into the electronic security industry. After showing up to find the doors chained shut on a teletext news service I had spent 11 years with that unexpectedly went belly-up, a friend told me about an opportunity to work for a business-to-business security magazine.

I had next-to-zero experience with magazine publishing, B2B niches or the security industry. Coming aboard as a senior editor in 1998 and rapidly ascending to managing editor, executive editor and editor-in-chief within three years, the undertaking involved a steep learning curve but proved to be fascinating and rewarding.

Getting a handle on the players, technologies and how the industry worked was challenging, but the quality and character of the industry’s people and being able to help them through the publication to be more successful in business and, most importantly, in security’s mission to protect lives and property that hooked me.”

“Born and raised in L.A., until I joined SSI my only time east of Arizona was to Long Island on account of my wife-to-be. But among my many amazing experiences being part of the publication and security industry has been seeing and doing things I might never have otherwise. I toured Japan as a guest of Panasonic and Quebec and Montreal as a guest of Genetec, visited Bermuda for a PSA event, and spent time in Cancun for a CSAA [now TMA] meeting, among countless other travel to sites and cities.

But my biggest thrill was, as a lifelong Dallas Cowboys fan, spending a week there for an ASIS expo. I made it to the then new stadium three times; game on Sunday, a security tour and Stanley’s private party. The latter allowed me to meet the owner, former players and cheerleaders, enjoy unlimited photo ops with the Super Bowl trophies, kick field goals and pass/catch on the field and more. I still can’t believe it happened.”

Memories of the Way It Was

“Some of my most unforgettable memories include a cover story on first DHS Secretary Tom Ridge; winning a Maggie Award for my feature on Richard Picciotto, the last fireman to escape the 9/11 devastation; going to LAPD Chief Bratton’s office to discuss his desire to stop alarm response; coordinating a cover story and ISC East keynote featuring the star of the reality show ‘It Takes a Thief ’; gathering security’s five largest manufacturer CEOs in Las Vegas for a cover story and photo shoot; and reporting from the set of TV’s ‘Las Vegas’ on the show’s depiction of video surveillance.

But the topper was when on the eve of ASIS 2004 in Dallas, my pregnant wife called to tell me I had to get back to L.A. ASAP because they were going to have to induce labor. I could not get a flight out until 6 a.m. and had to get messages out to let the people scheduled for my 40 show meetings that I had to leave. I was kidded about my priorities and due to the conspicuousness of my son’s birth he became an extended member of the security family with colleagues forever asking about him and wanting new photos.”

A music and stereo equipment enthusiast, he formed a mobile D.J. company in high school called Musical Moods, which he ran for 15+ years and did hundreds of events. Also hosted “Platter Chatter,” an album reviews TV show, published the book “Everything Is on THE ONE: The First Guide of Funk” and presently hosts the YouTube music interview program “Truth in Rhythm.” 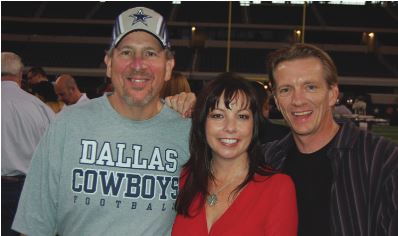 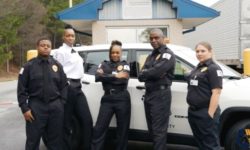