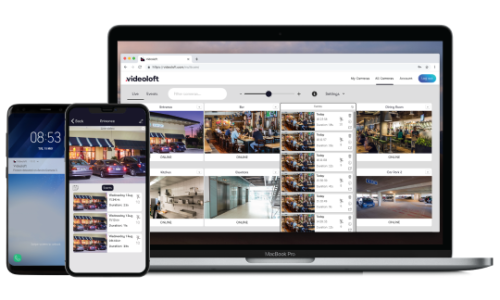 TORONTO — Videoloft announces it is bolstering its presence in the United States by hiring new U.S.-based sales staff and integrating with established brands in the U.S. market, including Digital Watchdog, exacqVision, Vivotek and Lorex.

The company was born from the innovative technology created for the Manything app in 2012, which turned old smartphones and tablets into ad-hoc DIY home-monitoring Cloud cameras, and now boasts over 1 million users, according to the company.

The Videoloft Cloud solution can serve either as a backup to local recorders or as a primary recording method, sending video footage directly to the Cloud at up to 8MP resolution. The solution is said to employ rigid security protocols to ensure all video is transmitted and stored securely in the Videoloft Cloud, which is hosted on Amazon’s AWS.

End-users have remote access to their Cloud video surveillance system from anywhere and at any time via the Videoloft mobile app or web-based VMS. The company says this makes security systems highly proactive and personalized, and instantly upgrades legacy systems with new features. 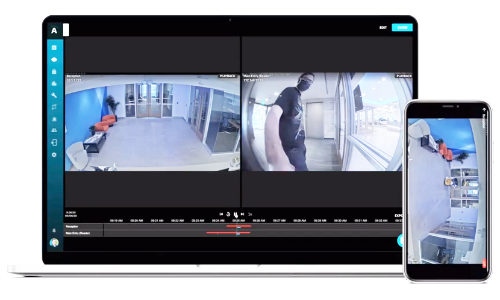 Related: Why Integrators Have a Real Opportunity to Embrace VSaaS in 2021

The platform is compatible with leading brands and consists of a feature set including video analytics and remote installation, as well as a proven ability to send video to the Cloud over real-world uplink speeds, according to the company.

Selling predominantly via the channel, Videoloft says its Cloud-based VSaaS solution is rapidly being adopted by professional security dealers and systems integrators who add Videoloft Cloud to their customers’ surveillance systems. The solution is being used by a wide variety of users ranging from homeowners to restaurant chains, and healthcare facilities to cannabis growers and dispensaries.

Videoloft offers two white label versions of their platform, with over 150+ white label solutions already deployed by national distributors and integrators. Videoloft users span 160+ countries and generate the equivalent of 25 years of video monitored by the Videoloft Cloud every day, the company says.