Why Transparency is Any Salesperson’s Best Friend

The best salespeople don’t use gimmicks or phony practices when trying to capture new customers. They help their prospects reach an unmistakable conclusion.

Great salespeople don't play games, but they treat selling itself as a game.

“I can see right through you,” said the buyer to the salesperson. “I know exactly what you’re trying to do!”

Is that a good thing or a bad thing? This may surprise you, but I think it’s a very good thing.

I believe that the best selling strategy is highly transparent – no tricks, no games and no subterfuge. The great salespeople don’t trick anyone into buying from them; they help their prospects and customers to reach an unmistakable conclusion.

When a great salesperson makes a sale, there’s no “buyer’s remorse,” just the confidence that comes from making a good decision.

Similarities and Analogies
The “selling is a game” discussion comes up early in most of my seminars. After we agree that it’s a healthy way of looking at the job, I ask attendees to consider the similarities/analogies between selling and some other popular sports and games.

Fishing is often suggested as an analogous challenge, and when I ask why, the answer usually has something to do with being in the right place with the right bait. Tennis is another common answer, with its element of each party putting the ball back in the other’s court. Chess is another common analogy, and lately I’ve been hearing a lot about the similarities between selling and poker.

I think those two in particular can help me to make my point, because I think selling at its highest level is a lot more like chess than like poker.

Think about the two games. In chess, the whole tactical situation is right out there in front of both players. You won’t always know what your opponent is planning to do, but you always know what he/she can do. The pieces have proscribed moves, and the player can’t change what they can do in the middle of a game.

In chess, making the right moves with the right pieces at the right time produces a winner.

In poker, on the other hand, there is always hidden information known only to one player, and because of that the element of bluffing is of major importance. Now, I’ll grant you that there’s often an element of bluffing when you get to the negotiation stage in security systems sales, but my point is that bluffing becomes less necessary the more transparent the selling process is up until that point.

In other words, the greater the trust, the less important the price!

Transparent Strategy
I teach a selling strategy which includes an introductory letter or E-mail. The gist of that communication is, I’m interested in you (because…), and, I think you might be interested in me (because…), so I’m going to call you and ask you to agree to a meeting.

It’s pretty straightforward, and I hope you’ll agree that it’s pretty transparent. To look at it another way, this letter or E-mail says, This is why I’m writing to you and this is what I’m going to do next.

It does not say a great deal about products or services or capabilities or technology or anything else that might be described as a benefit of doing business with you. Why? Because you can’t sell that stuff in a letter! The letter or E-mail is only a tool to help you get the appointment!

When I make the follow up call, it’s also pretty straightforward: “Hi, this is Dave Fellman from Dave’s Security Systems. I wrote to you recently, and I promised that I’d be calling to see if we can set up an appointment. Are you interested in meeting with me?”

Bad Strategy?
I remember once before being told that I had asked a terrible question. “You’re just asking for a no!” the salesperson said. “You’re not going to sell much that way.”

“I’m not afraid on a no,” was my answer. “And I’m not trying to sell security systems at this point. I’m only trying to sell the appointment. So why not go straight at the issue?”

Here’s why I’m not afraid of a no: It would give me the opportunity to say something like…

“Before you give me a final no, let me tell you exactly what I was hoping to accomplish in a meeting. I have a bunch of questions I want to ask you, some of them about the security systems you buy, but most of them about the way you buy them and receive them and distribute them, and the way they work for you.

I’m hoping that you buy exactly the kind of security systems I sell, and if you don’t, I’ll tell you that right away because I don’t want to waste either of our time. Beyond that, though, I want to explore whether there might be a better way to do what you’re doing, either in terms of the quality or service you’re getting, or in terms of whether you’re using best security systems for your application. I’m one of those consultative sales guys, and that, more than anything, is where I think I might be able to bring some value.

So let me ask you again, are you interested in meeting with me?”

Meeting Strategy
I would start out the meeting exactly the same way, with an “opening statement” of my goals and objectives.

And let me stress that this would not be a presentation. I don’t want to show samples or talk about features or benefits — I want to ask questions and talk about needs and wants! I want to learn what features and benefits would be important to this particular prospect so I can stress them when I get to the presentation stage of the process.

Related: Is the Hunters-Farmers Analogy Fair to Salespeople?

Most salespeople seem to take a “shotgun” approach to selling; in other words, blasting out everything they’ve got, as quickly as they can, in the hopes that something will hit the target. The great salespeople take a far different approach.

Here’s something else the great salespeople know: When you start each stage of the process with a statement of your goals, you can close with a simple question: “How did I do?”

Think about that. You start by telling them what you’re hoping to accomplish, and then you close by asking them if you were successful. No tricks, no games and no subterfuge – just a highly transparent process of open and honest communication.

Bio: Dave Fellman is the author of “Listen To The Dinosaur,” which Selling Power magazine listed as one of its “10 Best Books To Read in 2010″ and “The Small Business Book: 10 Ways To Improve Your Small Business.” Contact him by phone at 919-363-4068, or by E-mail at dmf@davefellman.com. Visit his website here.

The Drawing Is Dead: A Better Way to Design Construction Building Projects 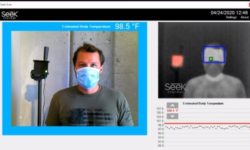 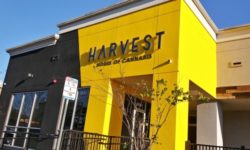