The Philadelphia Fire Department says eight children are among the 12 dead after a house fire erupted on Wednesday morning. 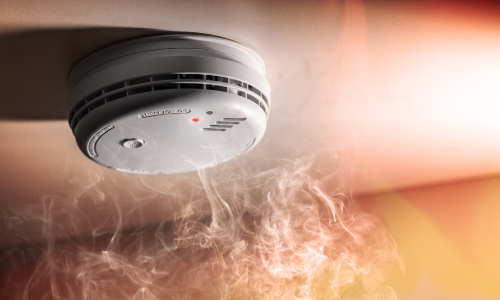 The duplex had smoke alarms, but they failed to work during the blaze, Philadelphia officials noted. (Image: Brian Jackson/stock.adobe.com)

PHILADELPHIA — A fire burned through a crowded Philadelphia duplex just before dawn on Wednesday, killing 12 people in one of the deadliest residential fires in the nation’s recent history. Officials said eight children were among the dead.

The tragic incident, located in the Fairmount section of the city, is tied for the fifth most deadly home fire in the United States since 1980, according to NFPA data on catastrophic multiple-death fires.

Officials say 18 people lived in a 2nd-floor apartment of the three-story duplex. Another eight people lived on the first floor. The fire — the cause of which has yet to be determined — broke out around 6:40 a.m. Firefighters arrived to find heavy flames shooting from the structure’s second story.

The duplex is a Philadelphia Housing Authority property. In a tweet, PHA President and CEO Kelvin A. Jeremiah stated the property was last inspected in May 2021, “and all the smoke detectors were operating properly at that time.” 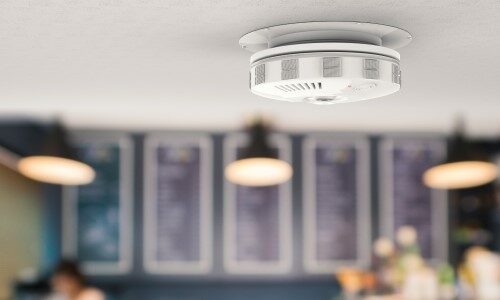 Fire officials say when they arrived on scene the smoke detectors were not operating.

Darrell L. Clarke, Philadelphia’s City Council president, said in an interview on Wednesday that investigators were still trying to determine whether any of the smoke detectors in the rowhouse had been working.

“People, from time to time, they take the batteries out when they’re cooking,” he said, adding that larger public housing complexes in the city require hard-wired smoke detectors. The ones in the rowhouse were battery-powered, fire officials said.

Working smoke alarms, which reduce the risk of dying in a home fire by more than half (55%), are a key element of fire safety, according to NFPA.

According to the most recent NFPA Smoke Alarms in the U.S. Home Fires report, almost three out of five home fire deaths were caused by fires in properties with no smoke alarms (41%) or smoke alarms that failed to operate (16%). When smoke alarms fail to operate, it is typically because of disconnected or non-working power sources, such as batteries being removed from alarms or batteries that are no longer working; dead batteries caused 25% of smoke alarm failures. 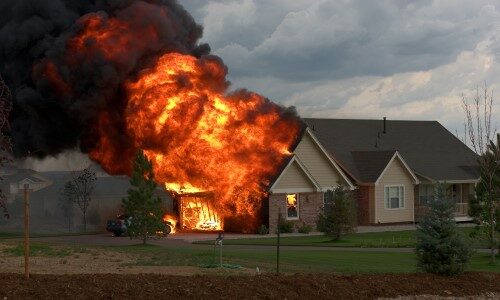 The NFPA Fire Safety in the U.S. report that was released last year shows the biggest single factor contributing to fire safety progress in recent decades has been the use of smoke alarms, as mandated by fire and building codes, as well as continued public education about their significance. That same report shows that the largest share of reported structure fires and most of the civilian fire deaths and injuries today consistently occur in homes, where people tend to feel safest.

Research also states that the use of home fire sprinklers significantly reduces deaths, injuries and property loss in fire. The NFPA advocates all new homes should be built with fire sprinklers.