Some 100 industry leaders gather just ahead of ISC West to exchange business and technology ideas.

LAS VEGAS – What has now become a regular event that serves as a precursor to the ISC West electronic security industry trade show, DMP hosted an estimated 100 attendees at its annual Dealer Forum at The Wynn. The daylong gathering featured a number of distinguished guest speakers, a glimpse into the manufacturer’s new products roadmap and, of course, top-notch networking among some of the industry’s leading installing and monitoring company executives.

DMP President Rick Britton highlighted half-a-dozen products that customers and other interested parties will see from the company during the next six months. They are: the 1137 wireless fire strobe; XR550 24V fire panel that now accommodates up to 96 access control doors when paired with DMP’s 736 door controllers; – SCS-VR with four new IP formats; 1100 Series two-way wireless communications with 128-bit AES encryption ; XTL with cellular, WiFi, Z-Wave and flash; and DirectSync radio alarm communicator. “We are excited about these new products that we will be working on during the next six months,” said Britton.

Rockwell spoke about “finding the fire” or passion by being authentic and taking the time to reflect. “You must learn how to be rather than just how to do,” he advised. Singh spoke of the advantages that come with the move to 4G communications, telling the assembly that Verizon has invested more than $161 billion in its network since 2000. Tannenbaum fielded questions from the audience with DMP’s Mark Hillenburg moderating. Among his advice was that electronic contracts are not only enforceable in all 50 states but that all providers should be moving in that direction. “But do it right,” he advised. “Be sure to use the proper watermarks and a third-party validation is advisable especially according to the needs or requirements of a lending institution.’ 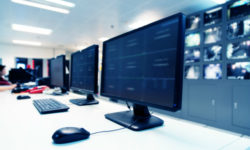 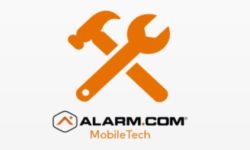 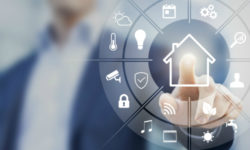 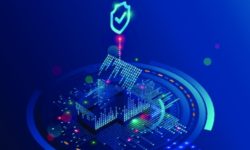