Other top surveillance videos include a container ship crashing into a massive crane, a motorcyclist who becomes engulfed in flames and more.

A jewelry store surveillance system caught an elaborate million dollar diamond heist go down in less than a minute. 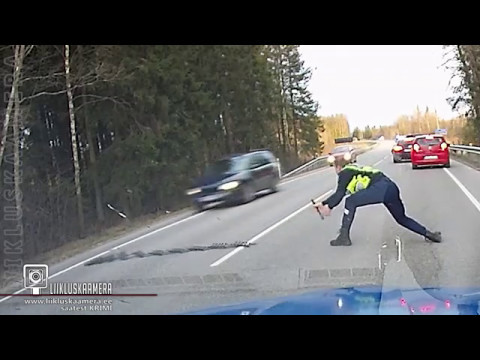 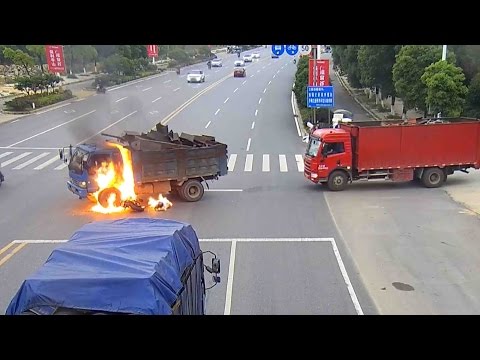 At first glance you might think you were watching Ocean’s Eleven, but you’d be excused for thinking this was a scene out of a heist film.

After all, its not every day that an elaborate million dollar diamond heist involving dirt bikes, guns and countdowns is caught on video.

It’s clear these three thieves were no amateurs. “They had a countdown. They were counting down from 60 seconds every 15 seconds, so when they walked in they yelled 60, then they yelled 45, 30, 15. When it got down, they yelled ‘get out,’ got on their motorbikes and left,” said store co-owner Elliott Spicer.

Make sure to check out the rest of this week’s surveillance videos which include a container ship crashing into and knocking over a massive crane, a motorist who survives being engulfed in flames and more!

Watch the Top 6 Surveillance Videos of the week here!