Something People Might Not Know: He loves jet skis; he pitched two perfect fast-pitch softball games; and he is a jet-rated pilot.

Most Memorable Moment:“A few years ago, we demonstrated alarm transmission over the Internet at the CSAA [Central Station Alarm Association] meeting in Monaco. DMP control panels were programmed to send signals to four central stations in Honolulu, Chicago, Los Angeles and Raleigh [N.C.]. The operators were conferenced back to the meeting room in Monaco. As the zones were tripped, the operators reported when the signals were received. Test equipment indicated the signals were acknowledged from around the world in less than one-third of a second. Needless to say, all were extremely impressed.”

How Things Have Changed: “Overall, security equipment is now manufactured to higher quality standards. Also, there has been increased consolidation of manufacturers and more regulations.”

What the Future Holds: “Residential may go more self-monitoring with Internet and digital cell phones, while commercial will continue with central station monitoring systems with more integrated video and security. I also think we’re going to see some real design innovations in the user interface. We’ve only begun to make important strides in that area via keypad design.”

Reaction to Being Inducted: “It is always an honor to have your life’s work recognized. Still, I am humbled, knowing I didn’t get here without the efforts and encouragement of many. Hundreds of individuals have made contributions to the company during the past 30 years. We hire talented, hard-working people just like any other company, but there’s a real difference at DMP. The persons who stay here – the ones who really love it – are interested in growing personally. They’re less interested in climbing a corporate ladder or disappearing inside a conglomerate. To me, being inducted validates all the individual efforts that have gone into our growing together as a company.” 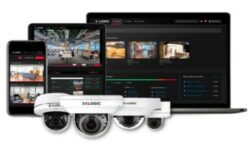 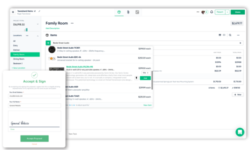