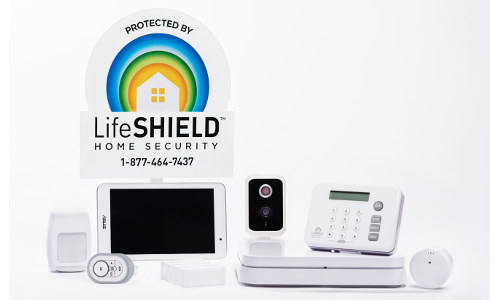 LANGHORNE, Pa. — LifeShield announces it has added home automation capabilities to its wireless home security system at no additional cost to customers.

LifeShield says its S30 base is now certified to work with all Z-Wave compatible smart lights, locks, thermostats and garage doors through iOS, Android and web applications.

Smart devices connected through the LifeShield S30 base can also be controlled using voice commands through Amazon Alexa smart home skill as well as through the IFTTT rules engine.

The company also added push notifications so customers can receive previews of what their cameras have detected and a quick option to view the video via their iOS, Android and web devices. This capability complements other LifeShield features such as the recently released camera motion detection, according to the company.

“Our customers want to get information they need about their home without slowing down. With our enhanced push notifications, customers don’t have to open their apps to get video updates,” says Doug Bellenger, chief product officer at LifeShield. “And through Alexa’s voice control, we have added another way for customers to arm and control their devices, interacting with LifeShield in whatever way is easiest for them at any given moment.”

LifeShield was acquired by DirectTV in 2013 and then reacquired by its original owners in 2017.