The revised tax code permanently expands eligibility for deductions to fire protection, alarm and security systems placed in service in 2018 and beyond. 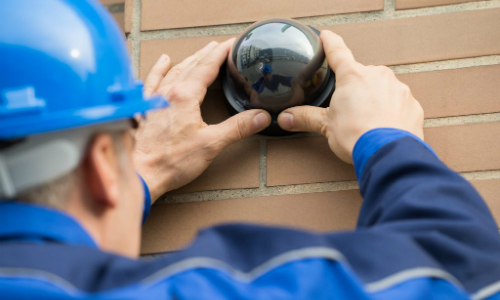 The new tax bill permanently expands eligibility for deductions to security and fire/life-safety systems, along with other equipment, placed in service in 2018 and beyond.

The Security Industry Association (SIA) led a coalition of industry groups urging negotiators to accept a Senate-backed provision for tax reform to expand deductions under Section 179 of the IRS tax code, which empowers businesses to deduct the full purchase price of qualifying equipment and/or software purchased or financed during the tax year.

The sweeping tax bill, signed into law Dec. 22, permanently expands eligibility for deductions to fire protection, alarm and security systems, along with other equipment, placed in service in 2018 and beyond.

“Since 2003, SIA has advocated in favor of federal tax code changes allowing businesses to fully expense the cost of implementing safety and security measures during the year in which they incur those costs,” says SIA CEO Don Erickson. “Our efforts finally have culminated in these tax code revisions, which eliminate a significant disincentive to adopting new and effective security and life-safety technology, particularly at a time of rapid advancement for security tech.”

In a further tax reform, the bill also doubled the amount that a business can claim in a tax year under Section 179 to $1 million, which phases out for businesses with a total of $2.5 million or more in qualifying expenses, according to SIA. The Joint Committee on Taxation estimated the provision to expand Section 179 specifically will save businesses more than $4 billion per year for the first five years, and a total of $25.9 billion by 2027.

Related: Should You Be Paying Your 2018 State Income Taxes Today?

The provision to expand Section 179 deductions was originally part of S. 1144, the Investment in New Ventures and Economic Success Today (INVEST) Act, authored by Sen. John Thune, R-S.D., who served on the conference committee to hammer out a final version of the tax overhaul legislation folded into H.R. 1. Under former IRS regulations, security and fire protection systems were excluded from Section 179 deductions, forcing customers to depreciate these costs over the 39-year depreciation life for buildings.