A school security director in Florida discusses how his district’s panic button solution is used for so much more than active shooter incidents. 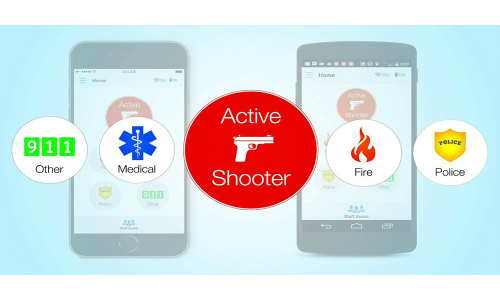 Ask K-12 schools and college campuses what the catalyst for purchasing a panic button system was, and many will tell you active shooter events. However, schools have quickly learned that these security features support many other aspects of school safety.

Four years ago, in Seminole County (Fla.), the Sheriff’s office assumed the role of school safety for Seminole County Public Schools. Captain Rick Francis was chosen as director of district school safety and security, which meant he was responsible for the security of 66 schools, approximately 68,000 students and 8,000 staff members.

On his first day, Francis, who was also a Campus Safety Director of the Year finalist this year, was overwhelmed by the district’s school security initiatives.

“My first couple of days, I was kind of dumbfounded at the lack of school safety technology and procedures. It became very evident to me that there needed to be many improvements,” Francis told Campus Safety. “For instance, the principal was the only person who could lock down the school. It just did not make any sense to me.”

During his second week on the job, Francis had the opportunity to attend a school safety conference where an abundance of technology options were being showcased. Although he was interested in many different types of offerings, a solution for easily and effectively locking down schools and for responding to other emergencies was on the top of his list. 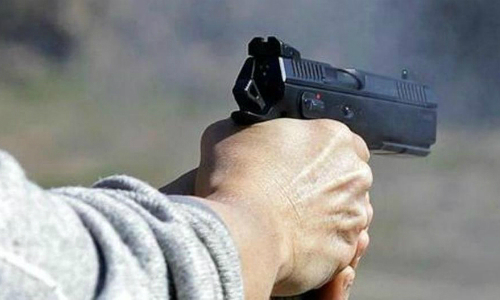 “They had some devices that were like keychains or lanyards they wear around their neck. Others were designed to be hardwired into specific rooms,” he described. “I knew I wanted something that was user friendly that I could put in everybody’s hands. Everybody’s so tied to their phones now, so that’s the direction I chose to go in — a mobile phone solution.”

Francis was also looking for a solution that had “curb appeal,” built-in features to eliminate false alarms, and interoperability capabilities.

“Of course, this was long before the Parkland tragedy, where all this information came out about radio failures and the inability to merge radio traffic,” he continued.

Due to sunshine laws, Francis had to go through a competitive process and really do his homework. Five companies made it through the initial phase and Rave Mobile Safety was subsequently chosen by the district. Its panic button solution met all of Francis’ requirements: it is easy to use, has built-in safety features, including a requirement to be within a geofence to send an alert and for the button to be held down for 1.5 seconds to avoid accidental button pushes, and the company has a partnership with Mutualink, a technology capable of bridging communications systems regardless of compatibility.

Panic Button Born Out of Collaboration With 911, Customers

Rewind four more years and for many campuses, the desire to implement panic buttons into school security plans was catapulted by the 2012 Sandy Hook Elementary School shooting. The same goes for many emergency service providers, including Rave. Prior to Sandy Hook, Rave was already used in 911 centers since the company is involved in additional delivery of data into the centers.

“After the incident, the 911 center was obviously overwhelmed, and so we spent time with them and said, ‘Hey. This is a crazy event for you guys. How could we have helped?’” Todd Piett, CEO of Rave, told Campus Safety. “Then they went through the timeline and talked about the communication gaps and some of the things that didn’t work as well as they should have. So we spent a bunch of time just talking about how the process could have worked better, and the panic button was really born out of that.”

With active shooters being the main motivator for the solution, Piett and others imagined a big red button on a phone that, when pressed, sets into motion the active shooter response. However, after talking to other customers, it was quickly realized that it needed to be something that can be used all the time.

“One of our early customers, the police chief said, ‘It’s got to be super simple, but it’s got to be something you use all the time. Otherwise, it doesn’t matter if it’s a big red button. They’ll forget to go to it,’” Piett recalled. “We ask him, ‘How do we make it used all the time?’ and he said, ‘All the calls are really medical calls, and there’s a whole bunch of people at a school who are medically trained that have access to AEDs, such as the school nurse. So, don’t make this about active shooters; make it about all the incident types.’”

As a result, the solution was designed to include five buttons instead of one. To this day, 98% of uses of the Rave panic button within schools have been for medical reasons. Although schools do often reach out and say they are looking for an active shooter response solution, most recognize that it is a rare threat, so they want it to be used for emergencies more likely to occur as well. 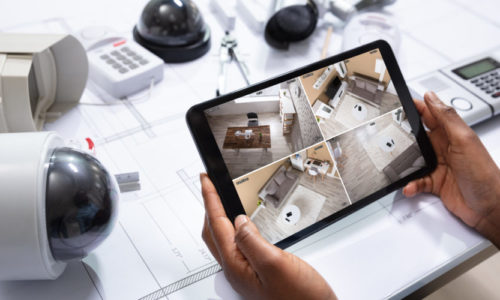 “Whether an asthma attack, peanut allergy, heart attack, diabetic attack or whatever the case might be, the rules for each of those scenarios are a little different on who should be notified, what should be done, and so that’s all codified in the product,” Piett said. “The chief always said, ‘Muscle memory. I want them to just know, when you’re contacting the emergency services, just go in and that’s the way you contact them and use it over and over again.’”

The app also supports incidents in which you might want to inform those in a school of a potential issue but don’t necessarily want to involve 911.

“A kid throwing up in a hallway is an easy example. Another is a parent being belligerent in the front office and needing some additional support. Or having the ability to say, ‘I’m here alone in a counseling session and I need some people in here,” said Piett. “So we’ve added these templates and the ability to do really quick canned messaging from the press of a button without contacting 911 but just contacting the right people within the school who can help.”

It’s Not Just About Active Shooters

In Seminole County schools, the app has mostly been used for medical incidents as well. Although it thankfully hasn’t had to be used for an active shooter incident, Francis was more than glad the district had purchased the product after a tip came in one day using the anonymous reporting aspect of the app.

According to the tipper, there was a student who was circulating a Snapchat video of her holding a gun in a bathroom. Administrators were able to confirm it was a bathroom in one of its schools and initiated a lockdown.

“The shirt that the young lady was wearing was very unique and I said, ‘Why don’t we just sent out a message through the Rave app?’ There’s a staff assist option with canned messages or an option to customize text,” Francis said. “So the principal just sent a quick message saying, ‘Hey, we’re looking for someone who is wearing a black shirt with gold writing on it. It appears to be a female.’ Within three seconds, we got three responses. All three identified who the student was and one said, ‘She’s in lockdown with me in my classroom.’” 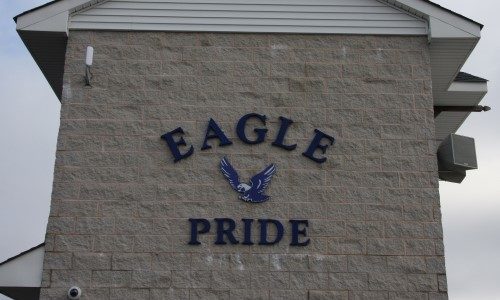 The weapon ended up being a BB gun and was in a trashcan next to the student suspect.

“Things like that where seconds count and thank God it was not a real gun, but it worked out perfectly,” he continued.

For Piett, although he has heard of hundreds of incidents where the solution was effective, one such incident that stands out to him was a medical emergency involving a student at football practice. The panic button was activated and the school nurse, who was up at the school, raced to the scene within 30 seconds. A school security officer, who also got the alert, opened up a gate that was closed to give access to an ambulance.

“There have been a couple incidents that we’ve had that choked me up, but this one — to hear the teacher say, ‘This kid’s alive because of this,’ is special,” Piett said. “However, we’re careful to say it’s not us. It was really the response. Our button didn’t give CPR to the student. That was somebody that knew what they were doing. But it’s still rewarding to be able to hear stories like that because it’s motivation to keep going.” 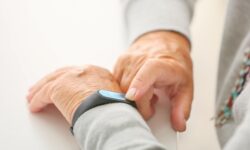 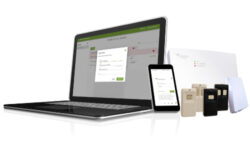