Heat and Smoke Detectors: The Latest Trends and Tech

Installing heat and smoke detectors continues to be a steady job. Find out how to stoke customers’ flames of approval by including the latest tech and addressing requests and logistical concerns. 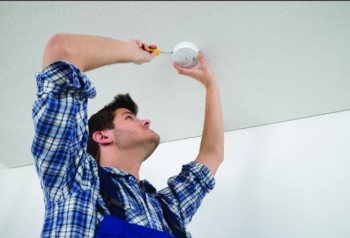 Read on for the latest developments in heat and smoke detection.

Smoke detectors are are so commonly found in places like office buildings and homes, it’s easy to take them for granted – by end users and integrators.

Does it get any more lucrative than installing a device that is legally required in most structures in the United States?

Fire system installations rose for the fourth time in five years last year with a 6% gain, according to the National Fire Protection Association (NFPA).

With 10% growth in single-family construction forecasted for 2017 by the National Association of Home Builders (NAHB), there’s no reason to believe installations will slow. Those homes are going to need smoke detectors.

But what separates the smoke and heat detectors you’ll be installing today with those of yesteryear? Turns out, there are a number of trends and innovations emerging.

Read ahead for examples, plus a list detailing additions found in the 2016 edition of NFPA 72, the National Fire Alarm and Signaling Code.

Multisensor Heat and Smoke Detectors That Can Multitask 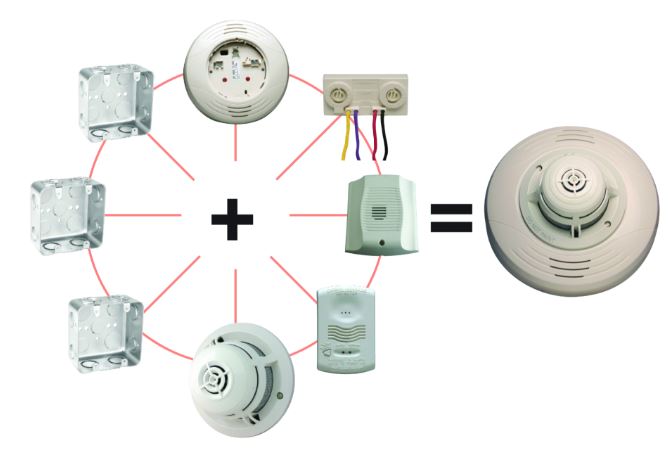 When you think about the different types of smoke detectors, the first thing that probably comes to mind is ionization and photoelectric. However, ionization detectors are becoming a thing of the past.

Companies like System Sensor and Siemens have stopped manufacturing the detectors due to the radioactive material they use to detect smoke.

The largest shift in the realm of smoke and heat detection is deploying detectors with multiple criteria technology that incorporate two or more sensors, according to Ron Ouimette, senior product manager, detection and peripherals, Siemens Building Technologies Division.

“This is achieved through the development of advanced algorithms that are based on many years of testing in our fire labs and studying different fire sources and deceptive phenomena [i.e., dust, dirt, fog, cigarette smoke, cooking] to maximize detection of real fires and resistance to nuisance alarms.”

“These detectors go a long way to reducing nuisance alarms, because you need to have all four of those criteria in place for these things to go off,” says Brian Brom, systems sales-fire alarm for Minneapolis-based installer Low Voltage Contractors (LVC). “We’re starting to see more of those in areas where it could literally cost a company thousands or tens of thousands of dollars per minute to empty out a medical device factory because of a nuisance alarm.”

Notifier also offers the Intelliquad Plus, which has a CO sensor that provides a separate signal to the panel.

He mentions a project his company recently worked on that utilized the Intelliquad Plus detectors.

“I just did a hotel whose corporate office required that any open flame in a gas fireplace, in a swanky bar, a boiler for hot water, a banquet kitchen – every single area – needs to have a CO detector. So we put these Intelliquad Plus detectors in there and they were able to notify the building occupants when harmful levels of carbon monoxide are there from either bad venting or whenever there’s an intentional flame like from a gas fireplace.

“This hotel did not want them to sound locally,” Brom continues, “so we had to program them for supervisory only so that it would annunciate at the fire alarm station, the remote annunciator location and at the central station. Then the central station would call the premises and say, ‘Hey, you’ve got CO alarm in the banquet room or by the fireplace in the lounge.'”

In short, detectors with multisensing technology can reduce installation costs and be less susceptible to nuisance alarms. 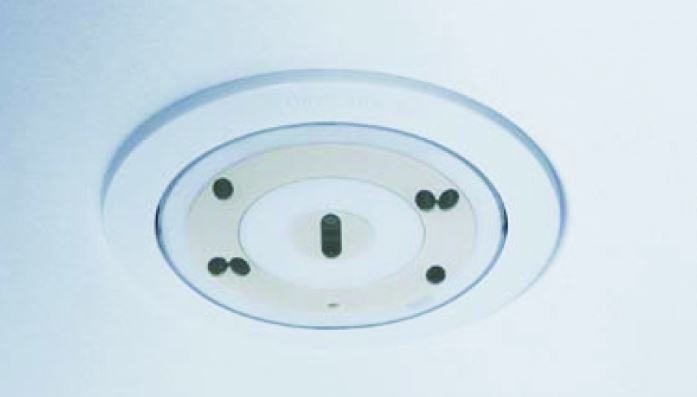 Detectors can also minimize the disruption of room aesthetics. Picture a family that moved into a house with a basement that has low ceilings. Or a trendy art gallery that is about to open that doesn’t want any visually unpleasing smoke detectors sticking out of the ceiling.

Slim-profile smoke detectors are well suited for areas with a crowded footprint, as well as for aesthetic purposes. Bosch’s 500 Series, which mounts nearly flush in ceilings while still offering reliable protection, and First Alert’s Slim Design Series smoke and CO detectors (on the DIY side), are just a couple of examples.

Unfortunately, sometimes the size of the smoke detector doesn’t even matter. What happens when an area is difficult or impossible to wire? Enter wireless detectors.

“We’re seeing wireless capabilities come on strong,” says Mark Indgjer, product marketing manager, Silent Knight by Honeywell. “Wireless works well in areas that are hard or costly to wire such as finished, concrete rooms and structures. Using wireless to protect an out-dated building that may need a couple of devices saves a lot of money in labor and time, as it eliminates trenching costs.”

“We were able to use the Swift detection as a temporary basis. We have to take out the old system and can’t put the new system up, so we’ll put those up on a temporary basis to protect occupants on remodels and expansions.”

While there may come a time you must use these detectors out of necessity, it is important to note one downside. “There is an expense to maintain that mesh network and the devices are more expensive,” says Brom. “It is more expensive to put these systems in, but in an environment when there are serious challenges with wires, long runs or there’s a lot of glass or brick, that Swift technology really comes in handy.”

Detectors that clearly announce danger with a prerecorded message have become increasingly popular, as studies have shown that people have an increased reaction to voice instructions versus tones from a horn or chime, according to Indgjer.

“Voice annunciation is important because it provides specific prerecorded and manual instructions,” he says. “The IntelliKnight 5820XL-EVS is meant to be used with voice evacuation. Internal and external amplifiers can be added to deliver voice messages through the speakers distributed throughout the facility. Silent Knight by Honeywell also has a model called SKE-450, a sidecar voice evacuation system that can connect to virtually any fire alarm control panel to provide voice evacuation through speakers.”

LVC’s Brom echoes these statements, adding that the integration capability of the audio provides a versatile feature.

“We’re
seeing more voice systems that are beneficial to not just fire, but other life-safety events; a violent intruder, chemical spills, inclement weather, and a lot of these fire alarm systems that are voice activated because of certain occupancy requirements,” he says.

“What’s nice is you can use that supervised paging system to provide not just fire but other life-safety benefits to occupants with live paging or even prerecorded paging.”

Brom notes instances in which LVC interfaces voice functionality with a receptionist’s extension on the end user’s phone system.

“So you can basically dial an extension and you’re speaking through your fire alarm and the sound quality is pretty good,” he explains. “And it’s supervised, so if somebody comes and cuts a wire on one of these speakers you’re going to get a trouble signal on your panel – so you know that the message that you’re broadcasting is going to get everywhere. Whereas if you use a standard paging, it’s not supervised.”