Wheatland Bank has been utilizing surveillance solutions by OpenEye to help maintain its ranking as an “exceptional performance bank.” 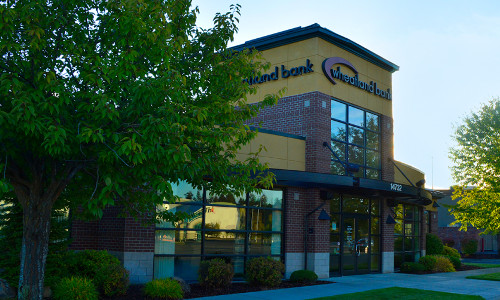 SPOKANE, Wash. — Since its inception 39 years ago, Wheatland Bank has grown through organic and diversified expansion with 14 branches throughout eastern and central Washington serving over 15,000 customers.

In Sep. 2018, BauerFinancial, the Nation’s “premier bank rating firm,” affirmed that Wheatland had once again earned its highest (5-star) rating for financial strength and stability.

Earning and maintaining this top rating for 40+ consecutive quarters puts Wheatland in an even higher bracket as an “Exceptional Performance Bank.”

One factor contributing to Wheatland’s success is it always stays up to date with the latest surveillance technology.

Wheatland says it was an early adopter of digital video surveillance, replacing its old VCR and sequencing cameras with OpenEye DVRs installed by Allied Fire & Security and, not long after, upgrading to IP cameras at all of its branches.

Now,  between 16 and 18 cameras monitor the interior and exterior of each branch and Wheatland selected a 3rd party 180° camera to install at the teller counters that can capture the teller, the customer and the counter top in a single image.

Surveillance cameras are now used to verify teller transactions and to fight fraud in counterfeit checks, which cost the industry $2.2 billion in losses in 2016, according to the American Bankers Association.

The bank also recently upgraded its existing recorders to OpenEye Web Services-compatible recorders to take advantage of improved alerts and reports, easy remote access, and centralized user management according to the company.

Using the secure credential management in OpenEye Web Services (OWS), Wheatland is able to give branch managers access to the cameras at their branch, including mobile access, allowing them to provide after-hours verification of alarms or verify transactions when there is a discrepancy.

Multiple branch access is made available to regional managers and loss prevention staff to manage policy compliance and investigations.

“Sharing video is easier than ever before,” says Kitt Zimmerman, Wheatland Bank CIO. “Since we disable USB on the computers at the branches for security reasons, it’s useful to be able to allow law enforcement remote access to video instead of downloading it to a thumb drive.”

Local branch managers can save video clips to the Cloud for review by security staff or to share with law enforcement, allowing the bank to maintain its security policies as well as save time, money and protect the chain of custody when evidence is used in a criminal case.

Cloud-based access to recorders installed at each branch allows Allied Fire & Security to provide ongoing services for the bank, like setting up custom reports, providing remote troubleshooting support or searching and saving video clips after an incident.

Wheatland says the easy-to-use design of OWS allowed them to integrate it into its existing IT infrastructure and meet its security policies and audit requirements.