Taking place on day two of ISC West, the “Great Las Vegas Scavenger Hunt” served as a fun way for industry peers to reconnect, as well as raise money for a good cause. 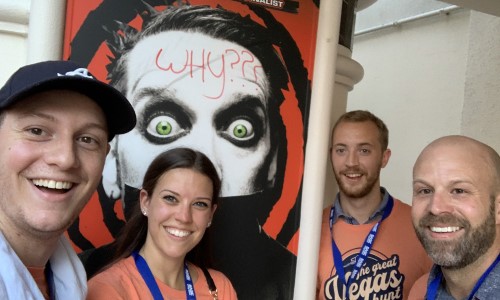 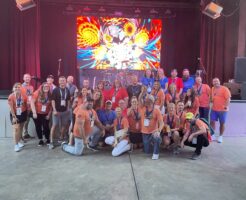 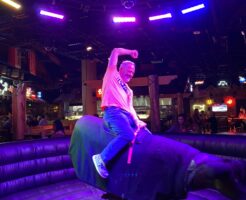 If you were out in Vegas for ISC West last week, you may have seen teams in matching t-shirts running around the strip… and causing something of a scene everywhere they stopped! That was Mission 500’s “Great Las Vegas Scavenger Hunt,” which brought together groups of professionals in the security industry to unite behind an important cause.

As a participant, I had a blast! The group with Mission 500 and its supporters are truly a welcoming bunch and it was a refreshing change of pace to meet and hang out with industry professionals all while supporting a great cause.

As a non-profit, charitable organization since 2016, Mission 500 has set out to provide aid to children and communities in need in the U.S. During that timeframe, it has helped produce over 40,000 meals, assembled care packs with essential hygiene items for 5,000 families and distributed more than 13,000 book bags with school supplies for children at Title One schools.

The hunt had our groups momentarily racing after each other and taking over each location for a group photo. Among other fun tasks, we searched the Venetian’s Grand Canal Shoppes for a mime (apparently he’s out of work!), crashed Gilly’s for some bull-riding and line dancing, and practically took the singer at Harrah’s Piano Bar hostage as several teams took selfie videos singing along to some country songs. 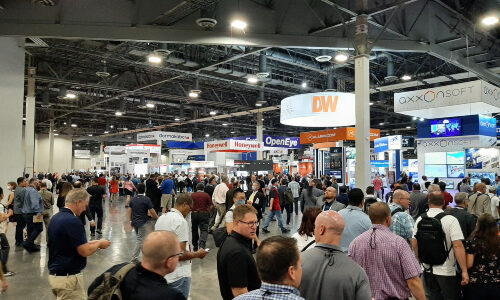 Related: ISC West Lite: What to Know About What Went Down

After almost a year and a half during which travel and meeting each other was not possible, this year’s ISC West marked one of the first chances for those in the security industry to reconnect after a long time apart. It was especially exciting for me, as it was my first ISC West representing SSI.

In what was a remarkable return, Mission 500’s Scavenger Hunt sticks out as a highlight. While we all have business to do, I am always amazed at the friendliness of the folks in our industry. Mission 500 and its crew are the perfect example of that, mixing fun and networking while uniting behind an important goal against child poverty.

The next Mission 500 event will be The Security Softball Game, which will take place in Ridgefield Park, N.J. on Oct. 9th.

Check out the slideshow for a peek at all the action!