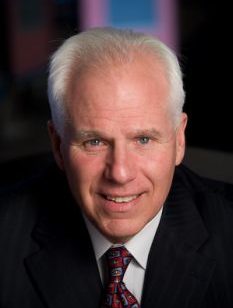 “While I don’t believe that there is an obstacle that is too big to overcome through personal dedication and hard work, I also know that the success of any individual or company most always can be attributed to having a senior leadership group who are all on the same page. I’ve been blessed to have my wife Jane involved in all of our businesses during the early years of each of them. I’ve also been fortunate to have a team of loyal and dedicated employees, many of whom have worked with me through all of my security companies.

“I don’t really care if it’s a time of high inflation or recession; I’ve got something to sell. I’ve always been confident that I will find an audience that wants and needs what I sell and say. I believe in our products and services and their value to the market.”

“In 1998, we opened Select Security under a business model that didn’t work out. We grew too fast and opened too many offices at the same time around the country. It failed and cost me a lot of money. Through that difficulty, I decided to go back to what I know worked. So I reinvented Select Security to be more of a traditionally focused geographically concentrated security company.

“We opened Security Partners, our monitoring company, in September 2003 knowing our lease was ending in November. We moved into the city only to find out that the new owners of that building were going to terminate our lease and take on new tenants. We were then forced to move to Queen Street in Lancaster and then that building was taken by the county and eminent domain during the time we were moving in. Only then did we move into our current facility; which at the time was five times the size we needed. We were forced to move four times in 20 months.”

Giving Back to the Industry

“Being involved in association activities will undoubtedly grow your business. Some of my mentors were Stan Martin and the late Stan Lott and John Mabry [Martin and Mabry are SSI Hall of Famers]. I have always been very open to not only learning best practices from other companies but also opening our doors to anyone who might want to learn how we do things. It seems that every week we have a dealer traveling from all over the country coming to visit us. That’s the way I learned about the industry and I hope I’ve been able to give back in the same way.”

“I’ve never been afraid to challenge the status quo. While I don’t have a formal education I have always been open to learning from other industries. So whether it’s the development of a new sales channel, an approach to training, how we recruit or how we integrate acquisitions, I’d like to think I’ve taken a little bit from every company and industry that I’ve learned about and applied it to our company.”