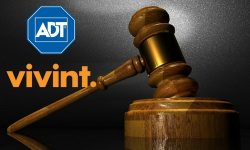 The state accused Stanley Huffstetler IV of taking money ‘for services not performed within a reasonable time period.’

A Vivint spokesperson gives the company’s side of the story.

Vivint continued to make automatic withdrawals from an elderly woman’s checking account despite knowing she wasn’t using the alarm system.